The Unstoppable Awakening of Humanity: Symptoms of the Shift 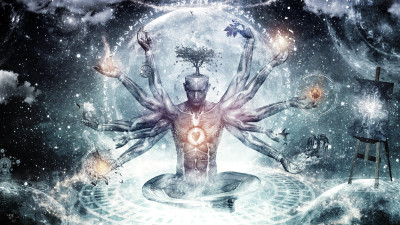 Contributing Writer for Wake Up World

We’re undergoing an amazing transformation. Absolutely diametrically opposed to the constant, gradual attempt by elitists to shut down humanity via eons of engineered subjugation, we’re being consciously and vibrationally liberated by the very nature of the Universe in spite of all their efforts.

It’s not readily apparent to most, but it’s very clearly there. It’s subtle and yet obvious at the same time.

Knowledge of this change or shift in consciousness is experiential. It appears in the form of social trends and changes, but once someone crosses that threshold of awakening they’re already living in that new reality. To what degree it affects their lifestyle will of course vary from person to person, but change they will. As will the lives they in turn affect.

And so it unfolds.

First of all, the natural mind, earthbound logic and reasoning, will not explain the important things in life. Explain love for example. Thankfully it’s wonderfully beyond words, as is all the important stuff. Really, words hardly suffice for real communication but are rather a limited means of information transfer. It’s only in our lower level density words take on such importance. And it’s there that they’re more a limiting and confining aspect of the matrix than a help. They certainly never quite cut the mustard when it comes to conveying Truth or true conscious awareness.

In the words of Lao Tzu:

Existence is beyond the power of words to define
Terms may be used
But are none of them absolute.
In the beginning of heaven and earth there were no words,
Words came out of the womb of matter;
And whether a man dispassionately sees to the core of life
Or passionately sees the surface,
The core and the surface are essentially the same,
Words making them seem different
Only to express appearance.
If name be needed, wonder names them both:
From wonder into wonder
Existence opens.

Symptoms of the Shift

The point above – we’ll be witnessing physical changes as this shift takes place, but the true esoteric nature of the important inner change in humanity is hard to quantify. However, it’s not impossible amongst those who are experiencing this changeover. There’s a lot of chatter about this as some say we’re moving into a new dimension and others think it’s a move to another timeline.

I don’t know what it is. But I’m experiencing this vibrational change as well, most profoundly in an intuitive sense. I just know it because it’s happening to me, and then I read about and see it in others, as is the case of so many in the awakened community. While this is by no means complete, here are a few symptoms various people are experiencing to varying degrees, myself included.

– A different sense of time.

In most cases people are noticing time seems to be compressing, with the feeling that it’s moving quicker and quicker. There seems to be less time in a day, a week, a month and before you know it another year just flew by. This has been proven to be true in a physical sense, but not nearly as profound as this fleeting experience so many are experiencing.

Some are experiencing heightened senses of smell and hearing, or fleeting shifts in what they’re looking at.

Many are seeing shadow figures or fleeting ephemeral movements, often out of the corner of the eye. Some are seeing morphing entities they’ve never seen before, and several have reported having a sense of transparency come over them personally.

This has been huge for me and I know many others. Every night there’s a new “movie” playing or several short ones. Some of the dreams don’t even feel like dreams, but just stepping into a another parallel world.

Many things that have been suppressed seem to be coming to the surface for many. This is a good thing, although it can be disruptive while the information gets processed and reconciliation is reached.

– A sense of letting go.

The past and previous attachments seem to be falling away. And oh so naturally. It’s like letting go of a robe you were wearing and just leaving it behind as you walk towards to this gorgeous landscape, much like the picture at the top of moving into a wonderful, natural world.

While this is a fundamental element to waking up, this aspect I find is stepping up big time. There’s a wonderful bleed-over effect as I see it, where various information fields are merging. Maybe it’s just increased tolerance of differing takes from lightworkers to social activists, but the meld is on and it’s a beautiful thing.

– Moving away from dwelling on the dark side.

While it’s important to expose the tricks and lies of these feudal would-be overlords, the trend is moving towards emphasizing encouragement and positive solutions. Nothing wrong with a good rant at the right time or particularly perceptive exposes and take downs, but it’s becoming increasingly important to dwell on the bright side and work to strengthen this new awareness with positive, affirming words and actions. And it’s happening naturally, which to me is again this vibrational change we’re all experiencing working through each of us to manifest this evolving change in humanity.

Anyway, those are just a few aspects, and if you’d like to add your experiences and observations below it would be fun to chat about.

But it’s real. And fantastic!

Don’t Be Too Surprised…

… when strange things happen to you. They will. Learn to roll with it. Personally, I think the power of expectancy is huge. It has pulling power. When you’re aware of and even look around for these manifestations, whether a kind of voice in your mind’s ear, a strong intuitive pull, a fleeting glimpse of something, or another amazing synchronicity, it’s a blast! For some it goes way past that. But we all have that potential.

I guarantee you won’t be disappointed. And it’s way more than just the power of intention, which is cool enough in itself. Universe is just waiting to be manifest through each of us more and more, and continually. No angst there, just amazing potential waiting to be discovered by anyone and everyone.

And don’t be surprised if your life gets “disrupted”. This isn’t all puppies and flowers. This changeover comes with some expense.

Some are getting hit with health challenges they’ve never had, or work or money issues, or as I mentioned about relationship issues. Some are very anxious and nervous suddenly and need to learn to get a sounder grip on their spirituality. That, or detach from crap in their lives that Universe is trying shake them free of. There are lots of things going on.

The Matrix is Crumbling

This ugly matrix that we’ve been shoe-horned into is a very complex, controlling nasty thing. And it can’t hold up, just by the manufactured nature of it. It’s not real, it’s created, by ugly forces to harness and abuse others for its own satisfaction. No way it can last in the face of an inherently loving and natural creative Universe.

Much like earth. As hard as they try to control it for their own devices, Gaia will win out in the long run.

This is the reason they’re working feverishly to clamp down on humanity. And it always backfires. Little do they know they’re accelerating their own downfall and humanity’s awakening. The more freedoms they take away, the more people wake up to what they had – and want back. More than that, the more people step back and ask how things got this way, and how far back does this go.

That, my friends, is the recipe for awakening. You got questions? Universe has answers!

Yugas, Yogis and Cycles of Awakening

Did you know Buddha, Lao Tzu, Mahavira, Zoroaster and Heracletus were all contemporaries? That was the wake up of their day! Between 500 and 600 BC their awakening hit, and like the 100th monkey it was spontaneous in different parts of the world!

Siddhartha Gautama who become the Buddha was teaching in India at the same time Mahavira was expounding Jainism – both radical departures from the spiritual teachings of their day, both teaching about transcendence to an all-connected oneness, with Jainism emphasizing non-violence and respect for all living things. Around the same time, the teachings of Lao Tzu as summsarized in the amazing Tao Te Ching, were changing the direction and consciousness of China and eventually the entire world.

Meanwhile over in Persia there was Zoroaster teaching a new spirituality, while in Greece the pre-Socratic philosophers Heraclitus and Parmenodes and others were having an awakening of their own, espousing very esoteric teachings on the timeless and constantly changing nature of the Universe. These later morphed into the more heady Socratic discourses and philosophies, pulling further and further away from the transcendental dimension and inter-connectivity and oneness of the Universe espoused by the pre-Socratic teachers.

Pythagoras also lived in this time, believed to have had many mystical and alchemical insights and teachings that have been passed down through the mystery schools.

These were all within 100 years of each other, overlapping lifetimes, several apparently teaching simultaneously. Again, these “coincidental” awakenings prove the wave idea, where waves of vibrational change are somehow amplified by both Universe and the receptivity of those who awaken.

And these waves of awakening have corresponding planetary and galactic alignments. There are teachings from many cultures regarding these planetary and stellar based timelines divided into epochs, yugas or cycles of some sort. In each scenario we see thewaxing and waning of season-like cycles, some even within others.

Clearly the momentous galactic alignment and shift out of the Piscean age we’re experiencing is both symbolic and largely causal of our awakening and changeover into a new, golden era – the one foretold by many a seer. After all, it’s a cycle.

Or should I say a spiral? Hmm.

I’ll end this with some quintessential David Icke, where he speaks about this wonderful shift we’re undergoing.

This awakening is for everyone! So pass it on!

Thank you, David. Your years of loving work have helped change the world.

Much love always, keep on!