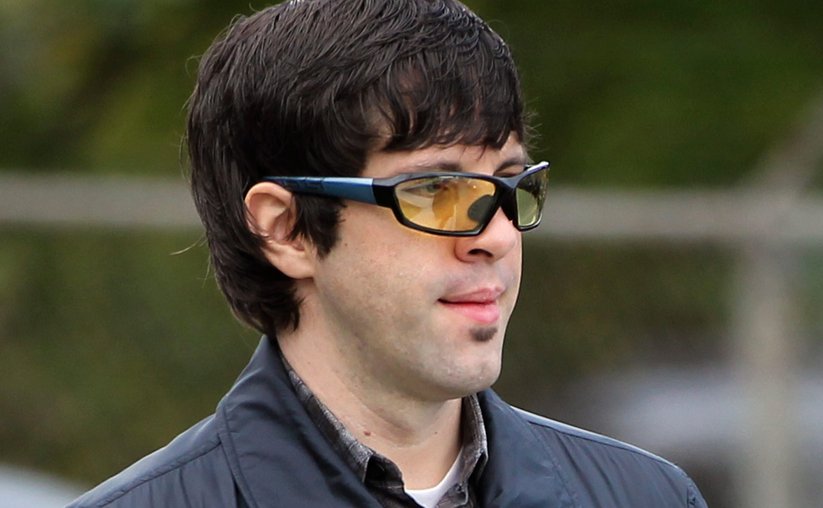 The case of Matt DeHart, a former U.S. drone pilot turned hacktivist, is as strange as it is disturbing. The 29-year-old was recently denied asylum in Canada, having fled there with his family after — he claims — he was drugged and tortured by agents of the FBI, who accused him of espionage and child pornography.

Prosecutors have shown they’re willing to say anything to convict a hacktivist, even if it means lying

Last week the Canadian Border Services Agency said he will be deported to the U.S. to stand trial “in very short order,” after a Canadian Immigration and Refugee Board ruling earlier this month denying his request for refugee status. He is being denied access to two thumb drives that he says contain evidence of illegal acts perpetrated by a U.S. government agency. Now after three unsuccessful attempts to gain political asylum, he fears that he and the files will be delivered to the very government he sought to escape.

“I cannot imagine any life in a country which has already tortured me,” Matt DeHart told reporter Adrian Humphreys, whose astonishing five-part series in Canada’s National Post documents the bizarre case. “Am I now to be given into the hands of my torturers?”

It’s tempting to dismiss DeHart’s claims based on their sheer outlandishness and his equally outlandish attempts to defect to Russia and Venezuela, which he now says he regrets. But given President Barack Obama’s administration’s penchant for punishing hacktivists and whistleblowers, a disturbing decades-long trend of prosecutorial misconduct and the now established fact that the U.S. has, as Obama put it, “tortured some folks,” it’s clear that the U.S. government’s claims in this case warrant even more skepticism.

According to government documents, Matt DeHart admitted during an interrogation to becoming involved with a spy ring during his time as a drone pilot, agreeing to broker the sale of military secrets for up to $100,000 per month through a Russian agent in Canada. But he claims he was being drugged and tortured and simply made the story up.

“I would have told them anything,” he told The National Post of his encounter with the FBI agents, during which he was denied a lawyer. “Information that is derived from torture — to use it against somebody is ridiculous. It’s garbage. I already said it’s not true.”

After the asylum ruling earlier this month, three courts — two in the U.S. and one in Canada — have expressed strong doubts about the child pornography charges that triggered a search warrant onMatt DeHart’s parents’ home in the U.S. Those accusations date to 2008 and stemmed from his association with two teenagers while playing the online game “World of Warcraft,” one of whom was also involved with Anonymous; the charges were ultimately not proved.

Prosecutorial misconduct helps the government railroad journalists, whistleblowers, hacktivists and any who dare to speak truth to power.

To be sure, Matt DeHart strange behavior throughout this ordeal doesn’t place him in a particularly flattering light. But it’s worth noting that these kinds of serious accusations are often made in cases against hacktivists and whistleblowers, helping place them in the government’s crosshairs and paint them as nefarious even when the accusations are easily disproved.

Barrett Brown, a journalist who investigated links between the U.S. government and private intelligence contractors, had all manner of ridiculous false accusations thrown at him before being sentenced last month to five and a half years in prison. He was initially charged for the innocuous act of copying and pasting a hyperlink to a public file stolen by Anonymous from one chat room into another. The charge was dropped, but the linking was still used to increase the length of his sentence, despite the fact that prosecutors had no evidence Brown had looked at the file or even known what was in it.

At one point, prosecutors claimed that Brown conspired with members of Anonymous to overthrow the U.S. government. They also accused him of participating in “SWATting,” the practice of making fake 911 calls to harass people in their homes, and even of plotting with another journalist to hack the Bahraini government. Not one of these claims was supported by the voluminous collection of chat logs that the government provided as evidence. Nor did additional logs obtained by The Daily Dot, which the prosecution had withheld under seal.

Brown was not entirely without fault in the case, having obstructed a search warrant and posted a YouTube video threatening an FBI agent in response to the seizure of his laptops. But in retrospect, it seems clear the impetus for the case was that the government saw Brown’s investigations as a threat and would say anything to guarantee his conviction, even if that meant knowingly making false statements. As Brown put it during his allocution, “This is not the rule of law … It is the rule of law enforcement.”

What can we expect from the Matt DeHart case if this is the prosecutorial legacy it follows?

As The New York Times editorial board recently noted, defendants have no recourse when police and prosecutors lie, cheat and conceal evidence in the courtroom, leading to what one federal judge has described (PDF) as a national epidemic of prosecutorial misconduct. Sometimes it leads to wrongful convictions. Other times, as in Brown’s case, it helps the government railroad journalists, whistleblowers, hacktivists and any who dare to speak truth to power.

Remember Aaron Swartz, an information activist who prosecutors pursued vigorously for the act of downloading too many academic articles from an MIT library? Much like in Brown’s case, prosecutors were accused of withholding evidence and coercing Swartz into taking a guilty plea. Swartz committed suicide in 2013 amid mounting legal costs and the possibility of up to 35 years in prison, triggering the DeHarts’ decision to flee the country.

“Aaron Swartz had very similar psychological makeup, similar age, same circumstances as Matt DeHart,” DeHart’s father, Paul DeHart, a retired U.S. Air Force major, told The National Post. “I do not want to wake up one day and find my son hanging from a rope in the garage of our house. And I have noplace to go to bring this to anyone’s attention.”

With Matt DeHart’s attempted defections and other erratic behavior, it’s admittedly difficult to determine where his true intentions lie. But the government’s actions against him have been just as sketchy, if not more so. His claims must be taken seriously, and his case should be closely scrutinized, lest another potential whistleblower fall prey to the state’s merciless war on leaks.

by Joshua Kopstein, a cyberculture journalist and researcher from New York City. His work focuses on Internet law and disorder, surveillance and government secrecy.