New Study: Fluoride Can Damage the Brain – Avoid Use in Children 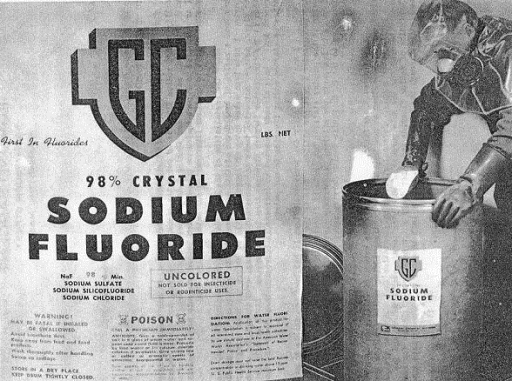 The research team reports, “It is important to be aware of this serious problem and avoid the use of toothpaste and items that contain fluoride, particularly in children as they are more susceptible to the toxic effects of fluoride.” (1)

“Fluoride can be toxic by ingesting one part per million (ppm), and the effects are not immediate, as they can take 20 years or more to become evident,” they write.

Most fluoridating U.S. public drinking water suppliers add fluoride chemicals to deliver 1 ppm fluoride (equal to about 1 milligram per quart) intending to benefit teeth and not to purify the water.

“Fluoridation clearly jeopardizes our children and must be stopped,” says attorney Paul Beeber, President, NYSCOF.  “We can actually see how fluoride has damaged children’s teeth with dental fluorosis; but we can’t see the harm it’s doing to their brains and other organs. No U.S. researcher is even looking,” says Beeber.

Valdez-Jimenez, et al. describe studies that show fluoride induces changes in the brain’s physical structure and biochemistry which affects the neurological  and mental development of individuals including cognitive processes, such as learning and memory.

“Fluoride is capable of crossing the blood-brain barrier, which may cause biochemical and functional changes in the nervous system during pregnancy, since the fluoride accumulates in brain tissue before birth,” they write.*

A different research team (Tang et al.) reported in 2008 that “A qualitative review of the studies found a consistent and strong association between the exposure to fluoride and low IQ.” (Biological Trace Element Research)  (2)

In 2006, the U.S. National Research Council’s (NRC) expert fluoride panel reviewed fluoride toxicology and concluded, “It’s apparent that fluorides have the ability to interfere with the functions of the brain.” And, “Fluorides also increase the production of free radicals in the brain through several different biological pathways. These changes have a bearing on the possibility that fluorides act to increase the risk of developing Alzheimer’s disease.” (3)

On April 12, 2010, Time magazine listed fluoride as one of the “Top Ten Common Household Toxins” and described fluoride as both “neurotoxic and potentially tumorigenic if swallowed.” (4)

Phyllis Mullenix, Ph.D., was the first U.S. scientist to find evidence that fluoride damages the brain. She published her animal study in a respected peer-reviewed scientific journal in 1995 (5) and then was fired for doing so.(6)

Vyvyan Howard, M.D., Ph.D., a prominent fetal toxicologist and past-President of the International Society of Doctors for the Environment, said that current brain/fluoride research convinces him that we should stop water fluoridation.

Many communities have stopped or rejected fluoridation in the past several years  – the most recent is Fairbanks, Alaska.  This year, seven New York City Council Members co-sponsored legislation to stop fluoridation in NYC.