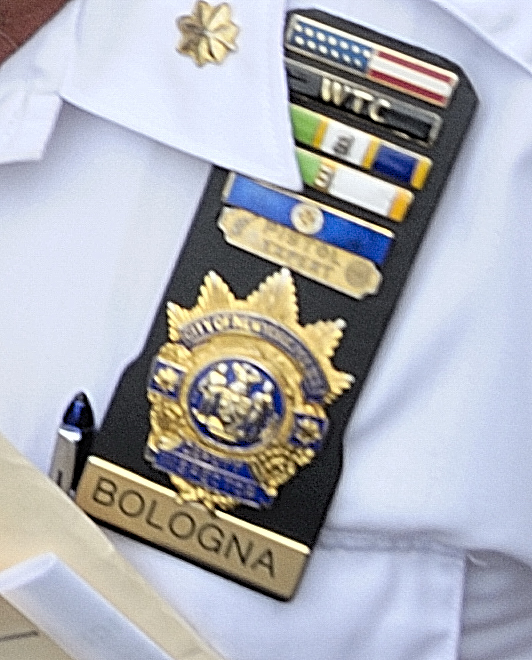 Update: Correction he’s not a Captain he’s Deputy Inspector Anthony Bologna and there is a petition for his arrest being circulated.

NYPD’s Deputy Inspector Anthony Bologna has been identified on Twitter as the police officer that pepper sprayed female protesters being held behind a police corral that was filmed and uploaded to YouTube. From the video it appears as if the women were blocked in by police and not allowed to leave. Seemingly without provocation Deputy Inspector Bologna sprays the women casually and walks away.

Protest supports are tweeting the phone number of the NYPD’s 1st Precinct to get people to call and complain.

The police spokesman, Paul J. Browne, stated that police had used pepper spray “appropriately”. The blog, Davids Camera Craft has more images of Inspector Bologna’s appropriate police work. There have been several accounts of police being excessive during the September 24 protest.