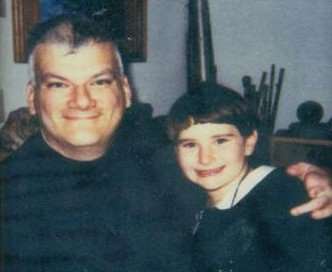 Philip Schneider was born April 23, 1947 and died (many assume murdered) in January 1996. Now Philip Schneider claimed to be an ex-government geologist and structural engineer who was involved in building underground military bases around the United States (possessing a level 3 security clearance, “Rhyolite 38”).

Not only that, but Philip Schneider also claimed he was one of only three people to have survived a deadly battle in which 66 American and NATO “Delta Force” soldiers were killed. This battle allegedly occurred in 1979 between Grey aliens and U.S. military and NATO forces at an underground base at Dulce , New Mexico.

The following is taken from a letter from the ex-wife of Philip Schneider (Cynthia Drayer) after learning of his death.

“Philip’s background was as a Structural Engineer. He was an expert on explosives and their effects on geologic structures. He worked under two social security numbers. Most of his early work in underground mountain bases with Morrison-Knudsen was done using the wrong social security number.

I was later able to prove that he had two numbers through the social security office when I applied for his daughter’s death benefits.

He worked for the Army Corps of Engineers and U.S. Navy with the same wrong number. Only after he obtained SSI in 1981 did his “real” number come into play. He always told me that he had a Rhyolitic Clearance and that his father had a Cosmic Clearance from his work with NATO. And that is the second reason why Philip began lecturing.”

For the last two years of his life, Schneider gave over 30 lectures to a variety of audiences across the globe, concerning conspiracy theories in which he claimed to be leaking information exposing them. However, Schneider was never able or willing to prove his allegations (e.g. showing the entrance to Dulce Base). His claims received little mainstream notice, but caused quite a buzz in UFO enthusiast circles.

Schneider was found dead in his Wilsonville, Oregon apartment on January 17, 1996. He had apparently been dead for several days (perhaps up to a week), and reportedly had a rubber hose wrapped three times around his neck. Tim Swartz writes that “Clackamas County Coroner’s office initially attributed Philip Schneider’s death to a stroke or heart attack.” Some suggest Schneider was murdered; supposedly because he was leaking information to the public, unveiling conspiracies. He in fact claimed to have avoided 13 murder attempts taken on his life during the time in which he was lecturing on conspiracy theories. He suffered multiple physical illnesses (osteoporosis, cancer, injuries). Officially, suicide is now stated as the cause of death.

The medical examiner took blood and urine samples at the autopsy but refused to analyze them, saying that the county would not “waste their money on a suicide”. Although samples would be kept for 12 months, when asked for these samples to be sent to an independent lab 11 months later they were “missing” and presumed “destroyed”. Schneider had missing fingers on his left hand, and limited motion in his shoulders. It may have been physically impossible for him to have held the rubber hose in his left hand with missing fingers and then wrap the hose three times with shoulders that had limited motion. In order to end up where his body was, he had to sit on the edge of his bed, wrap the hose around his neck, slowly and painfully strangle to death, and fallen head first into a wheel chair. Philip was an expert in chemicals and his own medical needs. He had multiple pills at hand that could have ended his life quickly and painlessly. He also had a 9mm handgun that he had borrowed to protect himself.