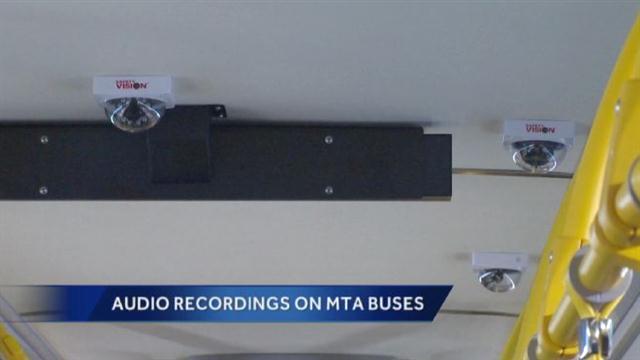 Transit authorities in cities across the country are quietly installing microphone-enabled surveillance systems on public buses that would give them the ability to record and store private conversations, according to documents obtained by a news outlet.

The systems are being installed in San Francisco, Baltimore, and other cities with funding from the Department of Homeland Security in some cases, according to the Daily, which obtained copies of contracts, procurement requests, specs and other documents.

The use of the equipment raises serious questions about eavesdropping without a warrant, particularly since recordings of passengers could be obtained and used by law enforcement agencies.

It also raises questions about security, since the IP audio-video systems can be accessed remotely via a built-in web server (.pdf), and can be combined with GPS data to track the movement of buses and passengers throughout the city. 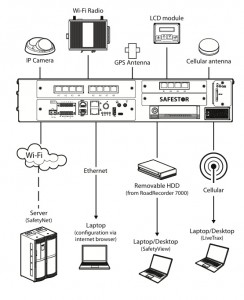 The RoadRecorder 7000 surveillance system being marketed for use on public buses consists of a high-definition IP camera and audio recording system that can be configured remotely via built-in web server.

According to the product pamphlet for the RoadRecorder 7000 system made by SafetyVision (.pdf), “Remote connectivity to the RoadRecorder 7000 NVR can be established via the Gigabit Ethernet port or the built-in 3G modem. A robust software ecosystem including LiveTrax vehicle tracking and video streaming service combined with SafetyNet central management system allows authorized users to check health status, create custom alerts, track vehicles, automate event downloads and much more.”

The systems use cables or WiFi to pair audio conversations with camera images in order to produce synchronous recordings. Audio and video can be monitored in real-time, but are also stored onboard in blackbox-like devices, generally for 30 days, for later retrieval. Four to six cameras with mics are generally installed throughout a bus, including one near the driver and one on the exterior of the bus.

San Francisco transit authorities recently approved a $5.9 million contract to install an audio surveillance system on 357 buses and vintage trolley cars, paid for in full with a grant from DHS. The contract includes the option to expand the equipment to an additional 600 vehicles.

Concord, New Hampshire also used part of a $1.2 million economic stimulus grant to install its new video/audio surveillance system on buses, according to the Daily.

Transit officials say the systems will help improve the safety of passengers and drivers and resolve complaints from riders. But privacy and security expert Ashkan Soltani told the Daily that the audio could easily be coupled with facial recognition systems or audio recognition technology to identify passengers caught on the recordings.

In Eugene, Oregon, the Daily found, transit officials requested microphones that would be capable of “distilling clear conversations from the background noise of other voices, wind, traffic, windshields wipers and engines” and also wanted at least five audio channels spread across each bus that would be “paired with one or more camera images and recorded synchronously with the video for simultaneous playback.”

In 2009, transit officials in Baltimore, Maryland, backed down briefly from plans to install microphones in buses in that city after civil liberties groups complained that the systems would violate wiretapping laws and constitutional protections against illegal search and seizure. Transit authorities then asked the state’s attorney general to weigh-in on whether the systems violated wiretapping laws. After the attorney general indicated that signs warning passengers of the surveillance would help combat any legal challenges, transit officials pressed forward with their plans last month and announced the installation of an audio recording system on 10 public buses. The city plans to roll out the system on at least 340 additional buses.