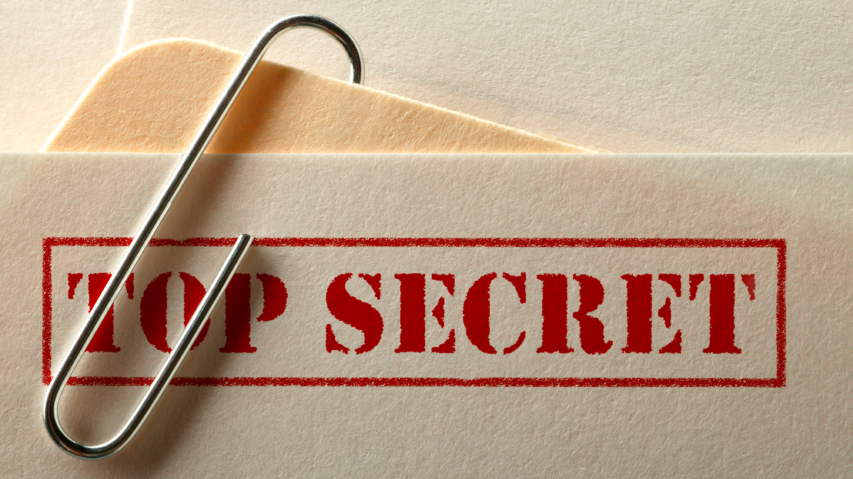 Below is a listing of nicknames and codewords related to US Signals Intelligence (SIGINT) and Communications Security (COMSEC). Most of them are from the NSA, some are from other government or military agencies. Some of them also have an abbreviation which is shown in brackets.

NICKNAMES are generally unclassified. NSA uses single word nicknames, outside NSA they usually consist of two separate words, with the first word selected from alphabetical blocks that are assigned to different agencies by the Joint Staff. Usually, nicknames are printed using all capital letters.

CODEWORDS are always classified and always consist of a single word. Active codewords, or their three-letter abbreviations, which identify a classification compartment always need to be shown in the classification or banner line. Normally, codewords are printed using all capital letters.

Due to very strict secrecy, it’s not always clear whether we see a nickname or a codeword, but terms mentioned in public sources like job descriptions are of course unclassified nicknames.

Please keep in mind that a listing like this will always be work in progress (this list has been copied on some other websites and forums, but only this one is being updated frequently!).

AETHER – ONI tool “to correlate seemingly disparate entities and relationships, to identify networks of interest, and to detect patterns”

ALTEREGO – A type of Question-Focused Dataset based on E.164

BASECOAT – Program targeting the mobile phone network on the Bahamas

BLACKFOOT – The French mission at the United Nations in New York

BROADSIDE – Covert listening post in the US embassy in Moscow

– An NSA COI for decryption of network communications

BYZANTINE HADES (BH) – A concerted effort against Chinese hackers who attacked the Pentagon and military contractors. Probably renamed to the LEGION-series

CANNON LIGHT – Counterintelligence database of the US Army

CHESS – Compartment of TALENT KEYHOLE for the U-2 spy plane

COMMONDEER – Computer exploit for looking whether a computer has security software

COWBOY – The DICTIONARY computer used at the Yakima station of ECHELON

DAREDEVIL – Shooter/implant as part of the QUANTUM system

DINAR – Retired compartment for intercepts from foreign embassies in Washington

DISTANTFOCUS – A pod for tactical SIGINT and precision geolocation (since 2005)

– Passive collection of emanations (e.g. from printers or faxes) by using a radio frequency antenna

– A US military numeral cipher/authentication system

– Intrusion detection system for US government network gateways (deployed in 2004)

ENDUE – A COI for sensitive decrypts of the BULLRUN program

EYESPY – System that scans data for logos of companies, political parties and other organizations, as well for pictures with faces for facial recognition

– NSA corporate partner with access to international cables, routers, and switches (since 1985)

FLATLIQUID – TAO operation against the office of the Mexican president

FLEMING – The embassy of Slovakia in Washington DC

FLINTLOCK – The DICTIONARY computer used at the Waihopai station of ECHELON

GENIE – Overall close-access program, collection by Sigads US-3136 and US-3137

HAVE BLUE – Development program of the F-117A Stealth fighter-bomber

– Series of ELINT and COMINT spy satellites (since 2009)

IRONAVENGER – NSA hacking operation against an ally and an adversary (2010)

ISLANDTRANSPORT – Internal messaging service, as part of the QUANTUM system

JACKKNIFE – The NSA satellite intercept station at Yakima (US)

KATEEL – The Brazilian embassy in Washington

KLONDIKE – The embassy of Greece in Washington DC

LADYLOVE – The NSA satellite intercept station at Misawa, Japan (since 1982)

LIFESAVER – Technique which images the hard drive of computers

LITHIUM – Facility to filter and gather data at a major (foreign?) telecommunications company under the BLARNEY program

– A keystroke logging software developed by the FBI

MAGOTHY – The embassy of the European Union in Washington DC

– Federal database of personal and financial data of suspicious US citizens

MIRANDA – Some kind of number related to NSA targets

MIRROR – Interface to the ROADBED system

MOCCASIN – A hardware implant, permanently connected to a USB keyboard

MORAY – Compartment for the least sensitive COMINT material, retired in 1999

(JPM?) – Joint NSA-GCHQ operation to tap the cables linking Google and Yahoo data clouds to the internet Part of WINDSTOP

NAVARRO – The embassy of Georgia in Washington DC

NINJANIC – Something related to TURMOIL

OCEANFRONT – Part of the communications network for ECHELON

OILSTOCK – A system for analyzing air warning and surveillance data

– CSEC tool for discovering and identifying telephone and computer connections

ORANGEBLOSSOM – Sub-program of OAKSTAR for collection from an international transit switch (sigad: US-3251)

ORLANDOCARD – NSA operation thtat attracted visits from 77,413 foreign computers and planted spyware on more than 1,000 by using a ‘honeypot’ computer

OSAGE – The embassy of India in Washington DC

OSWAYO – The embassy annex of India in Washington DC

PANTHER – The embassy of Vietnam in Washington DC

PARTNERMALL PROGRAM (PMP) – A single collaboration environment, to be succeeded by the Global Collaboration Environment (GCE)

PHOTOANGLO – A continuous wave generator and receiver. The bugs on the other end are ANGRYNEIGHBOR class

POCOMOKE – The Brazilian Permanent Mission to the UN in New York

POLARBREEZE – NSA technique to tap into nearby computers

POWELL – The Greek mission at the United Nations in New York

– Program for collecting foreign internet data from US internet companies

PURPLE – Codename for a Japanese diplomatic cryptosystem during WWII

– Secret servers placed by NSA at key places on the internet backbone; part of the TURMOIL program

QUANTUMBISCUIT – Enhancement of QUANTUMINSERT for targets which are behind large proxies

QUANTUMPHANTOM – Hijacks any IP address to use as covert infrastructure

QUANTUMSQUIRREL – Using any IP address as a covert infrastructure

RAMPART – NSA operational branches that intercept heads of state and their closest aides. Known divisions are RAMPART-A, RAMPART-I and RAMPART-T. Also mentioned as a suite of programs for assuring system functionality

– Class of SIGINT spy satellites (in 1975 changed to AQUACADE)

– Transportable suite of ISR equipment (since 1991)

SILKWORTH – A software program used for the ECHELON system

SIRE – A software program used for the ECHELON system(?)

SKYSCRAPER – Interface to the ROADBED system

STARBURST – The initial code word for the STELLARWIND compartment

STARPROC – User lead that can be uses as a selector

STATEROOM – Covert SIGINT collection sites based in US diplomatic facilities

STEELWINTER – A supercomputer acquired by the Norwegian military intelligence agency

SURPLUSHANGAR – High to low diode, part of the QUANTUM system

SURREY – Main NSA requirements database, where tasking instructions are stored and validated, used by the FORNSAT, SSO and TAO divisions

TAPERLAY – Covername for Global Numbering Data Base (GNDB), used for looking up the registered location of a mobile device

TIDEWAY – Part of the communications network for ECHELON

TIMBERLINE – The NSA satellite intercept station at Sugar Grove (US)

TRAFFICTHIEF – Part of the TURBULENCE and the PRISM programs

TRIGGERFISH – Device to collect the content of digital cell phone calls (made by Harris Corp.)

TRINE – Predecessor of the UMBRA compartment for COMINT

TRYST – Covert listening post in the British embassy in Moscow

TUMULT – Part of the TURBULENCE program

UMBRA – Retired compartment for the most sensitive COMINT material

VALIDATOR – Computer exploit delivered by the FERRETCANON system for looking whether a computer has security software, runs as user process on target OS, modified for SCHOOLMONTANA, initiates a call home, passes to SOMBERKNAVE, downloads OLYMPUS and communicates with remote operation center

WABASH – The embassy of France in Washington DC

WEALTHYCLUSTER – Program to hunt down tips on terrorists in cyberspace (2002- )

WISTFULTOLL – Plug-in for UNITEDRAKE and STRAITBIZARRE used to harvest target forensics via Windows Management Instrumentation and Registry extractions, can be done through USB thumb drive

WHIPGENIE (WPG) – ECI compartment for details about the STELLARWIND program

WRANGLER – Database or system which focuses on Electronic Intelligence

YUKON – The embassy of Venezuela in Washington DC

ZARF – Compartment of TALENT KEYHOLE for ELINT satellites, retired in 1999

– About What the NSA’s Massive Org Chart (Probably) Looks Like

– About Code Names for U.S. Military Projects and Operations

– About How Codes Names Are Assigned

– Wikipedia article about the CIA cryptonym

– Article about Security Clearances and Classifications

Hack Back: A DIY Guide for Those Without the Patience to Wait for Whistleblowers