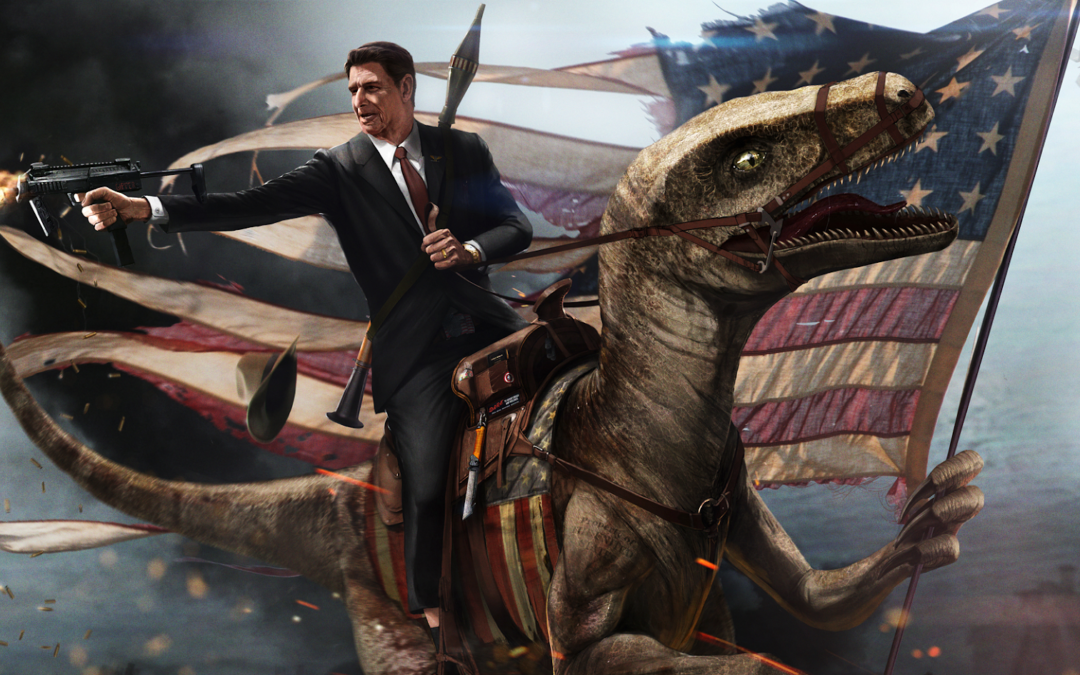 this country would be going places.

Televised Campaign Address for Goldwater Presidential Campaign – 10/27/64. Watch a special “Remembering A Time For Choosing” video here: https://www.youtube.com/watch?v=ulQ7k… For more information on the ongoing works of President Reagan’s Foundation, visit us at http://www.reaganfoundation.org

“… its a long climb from the swamp to the stars

and it’s been said if we lose that war

and in so doing lose this way of freedom

history will record with the greatest

astonishment that those who had the most

did the least to prevent its happening

well i think it’s time we ask ourselves

if we still know the freedoms that were

intended for us by the founding fathers

not too long ago two friends of mine

were talking to a cuban refugee

a businessman who would escape from

castro and in the midst of his story one

of my friends turned to the other and

said we don’t know how lucky we

are and the cuban stopped and said how

are i had some place to escape to

and in that sentence he told us the

there’s no place to escape to this is

the last stand on earth

and this idea that government is

beholden to the people that it has no

other source of power except the

is still the newest and the most unique

idea in all the long history of man’s

this is the issue of this election

whether we believe in our capacity for

self-government or whether we abandon

the american revolution and confess that

in a far distant capital can plan our

lives for us better than we can plan

you and i are told increasingly we have

to choose between a left or right

such thing as a left or right

there’s only an up or down

the ultimate in individual freedom

consistent with law and order

or down to the ant heap of

and regardless of their sincerity their

those who would trade our freedom for

security have embarked on this downward

The Reagan Assassination Attempt was a HIT, not Hinckley! George Bush ordered the hit on Reagan, and it was carried out with professional precision. It just didn’t WORK! Reagan was supposed to DIE that day, but didn’t.