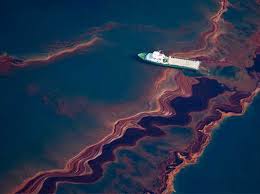 The investigation, if it can properly be so called, of the unsolved murder of the former high ranking Pentagon official and presidential advisor John P. Wheeler III, who was also an expert on chemical and biological weapons, may be taking a turn in the direction of the Gulf of Mexico oil spill.

Wheeler, 67, a West Point grad, was beaten and thrown into a garbage dumpster. His body was discovered in a Wilmington, Del. landfill last New Year’s weekend. Both police detectives and news commentators described it as “an apparent hit,” but little else was ever learned, and no suspects have surfaced.

There was great speculation by many at the time that Wheeler had begun to blow the whistle on the mysterious bird and fish deaths in Arkansas and Texas, and was about to expose the facts tying this to the chemtrails seen in our skies over the past decade.

Now the speculation may be reverting to British Petroleum and the gulf spill because a number of other BP whistle blowing scientists, before and since the Wheeler murder, have also died mysteriously, been jailed on questionable charges or disappeared without a trace.

Matthew Simmons, 67, a former energy advisor to President George W. Bush and admired among survivalist groups for his dire warnings on the upcoming commodity and fuel shortages about to hit this nation, died in his hot tub in Maine last August. Simmons had been gaining popularity as a whistle blower for blaming BP for its covered-up responsibility in defacing and vandalizing the Gulf of Mexico while hiding the truth from the general public.

Only four days later, Ted Stevens, the 87-year-old defrocked senator from Alaska, said to have received communications regarding BP’s faulty blowout preventer, perished in a plane crash. British Petroleum had donated $1 million to the University of Alaska to catalog the papers from Stevens’s long political career.

Roger Grooters began a cross country bike ride in Oceanside, Calif. on Sept. 10 to draw attention to the Gulf Coast oil disaster. On Oct. 6, in front of the horrified eyes of his wife, who was trailing in a support vehicle, Grooters was struck by a truck and killed instantly in Panama City, Fla.

Only a month later, Dr. Geoffrey Gardner of Lakeland, Fla. disappeared. He was investigating the unexplained bird deaths near Sarasota that are suspected to have been caused by the BP oil disaster. No one has heard from or spoken with him since.

On Nov. 15, Chitra Chaunhan was found dead of  cyanide poisoning in a Temple Terrace, Fla. hotel. It was officially ruled a suicide. She worked in the Center for Biological Defense and Global Health Infectious Disease Research and left behind a husband and five-year-old child.

The following week, James Patrick Black, director of operations for BP’s restoration organization for the oil spill, died near Destin, Fla. in a small plane crash.

Dr. Thomas B. Manton was one of the first to warn the public that far more oil than what BP had reported was gushing into the gulf every day and that the massive, toxic oil and chemical plumes would travel up the eastern seaboard, contaminating beaches and wildlife all the way.

Dr. Tom Termotto, national coordinator of the Gulf Oil Spill Remediation Conference, says Manton was murdered in prison. Manton had been sentenced to 15 years last August on a phony child pornography charge. Termotto and others say evidence was planted on his computer.

It is not known whether or not Anthony Nicholas Tremonte, 31, posed any threat to BP, but he too was arrested in January and charged with one count of possession of child pornography. Was this charge also faked? As an officer with the Mississippi Department of Marine Resources on the Gulf Coast, he may have known enough to qualify him for membership in this exclusive series of coincidences. He faces up to 40 years in prison if convicted.

Pat Shannan is a contributing editor of American Free Press. He is also the author of several videos and books including One in a Million: An IRS Travesty, I Rode With Tupper and  Everything They Ever Told Me Was a Lie. All of Pat’s books are available from FIRST AMENDMENT BOOKS. Call 2025475585 for availability and pricing.

Subscribe to American Free Press. Online subscriptions: One year of weekly editions—$15 plus you get a BONUS ELECTRONIC BOOK – HIGH PRIESTS OF WAR – By Michael Piper.