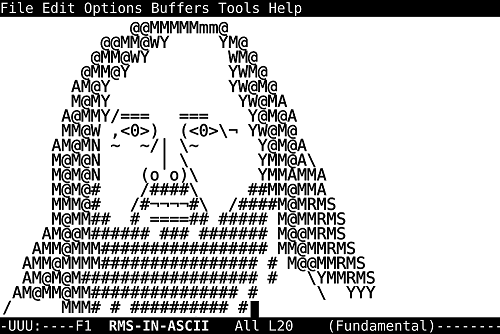 Richard Stallman Was Right All Along:

Late last year, president Obama signed a law that makes it possible to indefinitely detain terrorist suspects without any form of trial or due process. Peaceful protesters in Occupy movements all over the world have been labelled as terrorists by the authorities. Initiatives like SOPA promote diligent monitoring of communication channels. Thirty years ago, when Richard Stallman launched the GNU project, and during the three decades that followed, his sometimes extreme views and peculiar antics were ridiculed and disregarded as paranoia – but here we are, 2012, and his once paranoid what-ifs have become reality.

Up until relatively recently, it’s been easy to dismiss Richard Stallman as a paranoid fanatic, someone who lost touch with reality long ago. A sort of perpetual computer hippie, the perfect personification of the archetype of the unworldly basement-dwelling computer nerd. His beard, his hair, his outfits – in our visual world, it’s simply too easy to dismiss him.

His views have always been extreme. His only computer is a Lemote Yeelong netbook, because it’s the only computer which uses only Free software – no firmware blobs, no proprietary BIOS; it’s all Free. He also refuses to own a mobile phone, because they’re too easy to track; until there’s a mobile phone equivalent of the Yeelong, Stallman doesn’t want one. Generally, all software should be Free. Or, as the Free Software Foundation puts it:

As our society grows more dependent on computers, the software we run is of critical importance to securing the future of a free society. Free software is about having control over the technology we use in our homes, schools and businesses, where computers work for our individual and communal benefit, not for proprietary software companies or governments who might seek to restrict and monitor us.

I, too, disregarded Stallman as way too extreme. Free software to combat controlling and spying governments? Evil corporations out to take over the world? Software as a tool to monitor private communication channels? Right. Surely, Free and open source software is important, and I choose it whenever functional equivalence with proprietary solutions is reached, but that Stallman/FSF nonsense is way out there.

But here we are, at the start of 2012. Obama signed the NDAA for 2012, making it possible for American citizens to be detained indefinitely without any form of trial or due process, only because they are terrorist suspects. At the same time, we have SOPA, which, if passed, would enact a system in which websites can be taken off the web, again without any form of trial or due process, while also enabling the monitoring of internet traffic. Combine this with how the authorities labelled the Occupy movements – namely, as terrorists – and you can see where this is going.

In case all this reminds you of China and similarly totalitarian regimes, you’re not alone. Even the Motion Picture Association of America, the MPAA, proudly proclaims that what works for China, Syria, Iran, and others, should work for the US. China’s Great Firewall and similar filtering systems are glorified as workable solutions in what is supposed to be the free world.

The crux of the matter here is that unlike the days of yore, where repressive regimes needed elaborate networks of secret police and informants to monitor communication, all they need now is control over the software and hardware we use. Our desktops, laptops, tablets, smartphones, and all manner of devices play a role in virtually all of our communication. Think you’re in the clear when communicating face-to-face? Think again. How did you arrange the meet-up? Over the phone? The web? And what do you have in your pocket or bag, always connected to the network?

This is what Stallman has been warning us about all these years – and most of us, including myself, never really took him seriously. However, as the world changes, the importance of the ability to check what the code in your devices is doing – by someone else in case you lack the skills – becomes increasingly apparent. If we lose the ability to check what our own computers are doing, we’re boned.

That’s the very core of the Free Software Foundation’s and Stallman’s beliefs: that proprietary software takes control away from the user, which can lead to disastrous consequences, especially now that we rely on computers for virtually everything we do. The fact that Stallman foresaw this almost three decades ago is remarkable, and vindicates his activism. It justifies 30 years of Free Software Foundation.

And, in 2012, we’re probably going to need Free and open source software more than ever before. At the Chaos Computer Congress in Berlin late last year, Cory Doctorow held a presentation titled “The Coming War on General Purpose Computation“. In it, Doctorow warns that the general purpose computer, and more specifically, user control over general purpose computers, is perceived as a threat to the establishment. The copyright wars? Nothing but a prelude to the real war.

And this is really the gist of it all. With computers taking care of things like hearing, driving, and more, we really can’t afford to be locked out of them. We need to be able to peek inside of them and see what they’re doing, to ensure we’re not being monitored, filtered, or whatever. Only a short while ago I would’ve declared this as pure paranoia – but with all that’s been going on recently, it’s no longer paranoia. It’s reality.

“Freedom in the future will require us to have the capacity to monitor our devices and set meaningful policy on them, to examine and terminate the processes that run on them, to maintain them as honest servants to our will, and not as traitors and spies working for criminals, thugs, and control freaks,” Doctorow warns, “And we haven’t lost yet, but we have to win the copyright wars to keep the Internet and the PC free and open. Because these are the materiel in the wars that are to come, we won’t be able to fight on without them.”

And that point is approaching fast.