Synthetic DNA Substitute Gets Its Own Enzymes, Undergoes Evolution 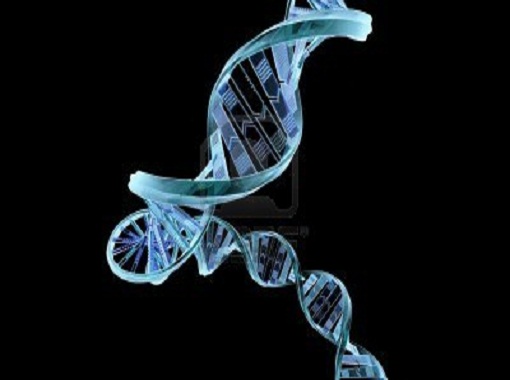 On Earth, all life is dependent upon the nucleic acids, DNA and RNA. But researchers Including those who are wondering how to detect life somewhere other than Earth, have wondered whether other information-bearing polymers might also serve this purpose. Is there something special about DNA and RNA, or did they just happen to be the first things that work? The answer to that question would not only have implications for the origin of life on Earth and elsewhere, but it might have practical uses.

Researchers have now taken a major step towards showing that alternatives can actually work as genetic material. They replaced a standard part of nucleic acids with a number of chemical relatives, and found out that they all could work. Sequence information could be shuttled back and forth between these artificial molecules and DNA, and the synthetic materials could even undergo the sort of molecular evolution that has been demonstrated using DNA and RNA.

The chemical structure of nucleic acids isn’t all that complex. They consist of a long polymer of sugars, linked together by a phosphate. Hanging off each sugar is a base (A, T, C, or G). It’s the order of these bases that conveys genetic information or, in the case of RNAs that can catalyze chemical reactions, form the structure needed to create a catalytically active site.

Chemically, however, just about all of these can be swapped out. The phosphate can be replaced by a sulfate and the resulting molecule can still undergo base pairing with normal nucleic acids. Other researchers have traded the sugar for related, ring-like structures. Some geneticists have even used relatives of the four standard bases that undergo base pairing that’s structurally distinct. These synthetic molecules can actually be used by the normal cellular machinery if they’re supplied to bacteria, creating an expanded genetic code.

Replacing the pieces of DNA

When it comes to messing with the backbone—the sugars and phosphates—it gets quite a bit harder to integrate things with actual biological systems. The enzymes that prepare and copy DNA, for example, are structured to work with sugars and phosphates. Having something that’s both chemically and structurally distinct doesn’t always work that well.

Rather than messing with the chemistry, the team behind the new paper decided to fix the enzymes. They started with a DNA copying enzyme, and introduced lots of random mutations, then checked for versions that would latch on to a chemical that was somewhat structurally related to the normal sugar used in DNA. After a couple rounds of this, they had an enzyme that could copy stretches of DNA into pieces of a nucleic acid that contained nothing but this sugar substitute, converting the DNA into an artificial chemical relative.

Using similar procedures, the same enzyme could be adapted to a wide variety of chemicals related to sugars. The authors picked five in total, all with features that were distinct from the normal sugars, like a double bond between carbon atoms, a fluorine replacing an oxygen, and a double-ring structure. Collectively, they termed these DNA/RNA substitutes XNAs.

Having a one-way trip from DNA to XNA wasn’t all that useful for experiments, so the authors turned to an enzyme that normally converts RNA to DNA. A few rounds of random mutation, and they had a second set of enzymes that could convert XNAs back to DNA. With these tools in hand, the authors could convert any sequence into an XNA, experiment with the results, and then convert it back to DNA in order to do basic work on it, such as duplicating and sequencing it.

The process, however, was a lot more error-prone than one that relies on the typical enzymes that only work on DNA, introducing random mutations at frequencies between once every 4,000 bases to once every 500. Of course, random mutations are the raw material of evolution, so the authors decided to check out whether the XNAs could evolve new functions. They made a collection of random strings of XNAs, and selected those that stuck to a couple of substances (a protein and an RNA). Those that stuck were copied into DNA, amplified, and copied back to XNA, picking up mutations along the way. After a few rounds, they had sequences that stuck specifically.

On the most basic level, the results probably won’t surprise anyone with a biochemistry background. The different XNAs all look a fair bit like sugars, and mutated versions of various enzymes have been shown to be fairly flexible about what they work with in the past. And (for now at least) we’re not at the point where we could grow an XNA-based cell. We don’t have enzymes that can copy XNA into more XNA without going through DNA (although, reportedly, these are in the works). And the cell can’t synthesize its own raw materials for XNA—they have to be supplied externally.

But none of these things are necessarily insurmountable, so it’s entirely possible to imagine we could have XNA-based bacteria floating around a lab at some point in the not-too-distant future. In the meantime, the results tell us quite a bit, and could be useful.

For starters, although DNA and RNA are obviously effective carriers of genetic information and can combine that with biochemical activities, they’re not the only molecules that can do so. Their role in life on Earth, then, may be a contingency. At the same time, this work suggests that life on Earth need not have started using the nucleic acids it uses now. It’s entirely possible that some other related compound—one that was easier to generate from the raw materials on the early Earth—got life going, but was then replaced by RNA or DNA. That makes the job of origin-of-life researchers both easier (they don’t have to limit their thinking to RNA) and harder (it’s not clear what they should limit themselves to).

When it comes to life elsewhere, the options are wide open.

Back here on Earth, this also may prove very useful. There have been a number of attempts to produce nucleic-acid based therapies, and it has generally been found that skipping DNA and using some chemical relative is much more effective—the drugs last longer because the enzymes that normally break down loose DNA don’t recognize the synthetic variant. The XNA-based system may allow us to produce these in huge quantities.