The Legislation That Could Kill Internet Privacy for Good 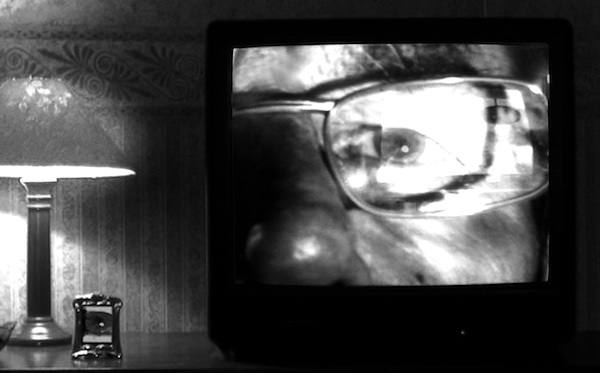 Every right-thinking person abhors child pornography. To combat it, legislators have brought through committee a poorly conceived, over-broad Congressional bill, The Protecting Children from Internet Pornographers Act of 2011. It is arguably the biggest threat to civil liberties now under consideration in the United States. The potential victims: everyone who uses the Internet.

The good news? It hasn’t gone before the full House yet.

The bad news: it already made it through committee. And history shows that in times of moral panic, overly broad legislation has a way of becoming law. In fact, a particular moment comes to mind.

In the early 20th Century, a different moral panic gripped the United States: a rural nation was rapidly moving to anonymous cities, sexual mores were changing, and Americans became convinced that an epidemic of white female slavery was sweeping the land. Thus a 1910 law that made it illegal to transport any person across state lines for prostitution “or for any other immoral purpose.” Suddenly premarital sex and adultery had been criminalized, as scam artists would quickly figure out. “Women would lure male conventioneers across a state line, say from New York to Atlantic City, New Jersey,” David Langum* explains, “and then threaten to expose them to the prosecutors for violation” unless paid off. Inveighing against the law, the New York Times noted that, though it was officially called the White Slave Traffic Act (aka The Mann Act), a more apt name would’ve been “the Encouragement of Blackmail Act.”

That name is what brought the anecdote back to me. A better name for the child pornography bill would be The Encouragement of Blackmail by Law Enforcement Act. At issue is how to catch child pornographers. It’s too hard now, say the bill’s backers, and I can sympathize. It’s their solution that appalls me: under language approved 19 to 10 by a House committee, the firm that sells you Internet access would be required to track all of your Internet activity and save it for 18 months, along with your name, the address where you live, your bank account numbers, your credit card numbers, and IP addresses you’ve been assigned.

Tracking the private daily behavior of everyone in order to help catch a small number of child criminals is itself the noxious practice of police states. Said an attorney for the Electronic Frontier Foundation: “The data retention mandate in this bill would treat every Internet user like a criminal and threaten the online privacy and free speech rights of every American.” Even more troubling is what the government would need to do in order to access this trove of private information: ask for it.

As written, The Protecting Children from Internet Pornographers Act of 2011 doesn’t require that someone be under investigation on child pornography charges in order for police to access their Internet history — being suspected of any crime is enough. (It may even be made available in civil matters like divorce trials or child custody battles.) Nor do police need probable cause to search this information. As Rep. James Sensenbrenner says, (R-Wisc.) “It poses numerous risks that well outweigh any benefits, and I’m not convinced it will contribute in a significant way to protecting children.”

Among those risks: blackmail.

In Communist countries, where the ruling class routinely dug up embarrassing information on citizens as a bulwark against dissent, the secret police never dreamed of an information trove as perfect for targeting innocent people as a full Internet history. Phrases I’ve Googled in the course of researching this item include “moral panic about child pornography” and “blackmailing enemies with Internet history.” For most people, it’s easy enough to recall terms you’ve searched that could be taken out of context, and of course there are lots of Americans who do things online that are perfectly legal, but would be embarrassing if made public even with context: medical problems and adult pornography are only the beginning. How clueless do you have to be to mandate the creation of a huge database that includes that sort of information, especially in the age of Anonymous and Wikileaks? How naive do you have to be to give government unfettered access to it? Have the bill’s 25 cosponsors never heard of J. Edgar Hoover?

You’d thing that Rep. Steve Chabot (R-Ohio), who claims on his Web site to be “an outspoken defender of individual privacy rights,” wouldn’t lend his name to this bill. But he co-sponsored it! You’d think that the Justice Department of Eric Holder, who is supposed to be friendly to civil libertarians, would oppose this bill. Just the opposite. And you’d think that lots of tea partiers, with all their talk about overzealous government and intrusions on private industry, would object.

As Julian Sanchez recently wrote on a related subject, “In an era in which an unprecedented quantity of information about our daily activities is stored electronically and is retrievable with a mouse click, internal checks on the government’s power to comb those digital databases are more important than ever… If we aren’t willing to say enough is enough, our privacy will slip away one tweak at a time.”

The Sad Reality of the Milk & Dairy Industry