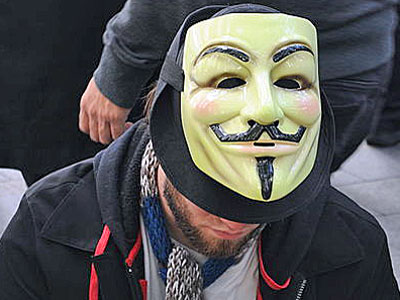 Remember the Occupy Movement? Since last November, when the NYPD closed the Zuccotti Park encampment in downtown Manhattan –the Movement’s birthplace and symbolic nexus—Occupy’s relevance has seriously dwindled, at least as measured by coverage in the mainstream media. We’re told that this erosion is due to Occupy’s own shortcomings—an inevitable outcome of its disjointed message and decentralized leadership.

While that may be the media’s take, the U.S. Government seems to have a different view.

If recent documents obtained by the Partnership for Civil Justice Fund (PCJF) are any indication, the Occupy Movement continues to be monitored and curtailed in a nationwide, federally-orchestrated campaign, spearheaded by the Department of Homeland Security (DHS).

In response to repeated Freedom of Information Act (FOIA) requests by the Fund, made on behalf of filmmaker Michael Moore and the National Lawyers Guild, the DHS released a revealing set of documents in April.  But the latest batch, made public on May 3rd, exposes the scale of the government’s “attention” to Occupy as never before.

The documents, many of which are partially blacked-out emails, demonstrate a surprising degree of coordination between the DHS’s National Operations Center (NOC) and local authorities in the monitoring of the Occupy movement. Cities implicated in this wide-scale snooping operation include New York, Oakland, Atlanta, Washington, D.C., Denver, Boston, Portland, Detroit, El Paso, Houston, Dallas, Seattle, San Diego, and Los Angeles.

Interest in the Occupy protesters was not limited to DHS and local law enforcement authorities.  The most recently released correspondence contains Occupy-related missives between the DHS and agencies at all levels of government, including the Mayor of Portland, regional NOC “fusion centers,” the General Services Administration (GSA), the Pentagon’s USNORTHCOM (Northern Command), and the White House. Mara Verheyden-Hilliard, Executive Director of the PCJF, contends that the variety and reach of the organizations involved point to the existence of a larger, more pervasive domestic surveillance network than previously suspected.

These documents show not only intense government monitoring and coordination in response to the Occupy Movement, but reveal a glimpse into the interior of a vast, tentacled, national intelligence and domestic spying network that the U.S. government operates against its own people. These heavily redacted documents don’t tell the full story. They are likely only a subset of responsive materials and the PCJF continues to fight for a complete release. They scratch the surface of a mass intelligence network including Fusion Centers, saturated with ‘anti-terrorism’ funding, that mobilizes thousands of local and federal officers and agents to investigate and monitor the social justice movement. (justiceonline.org)

As alarmist as Verheyden-Hilliard’s charge may sound, especially given the limited, bowdlerized nature of the source material, the texts made available contain disturbing evidence of insistent federal surveillance. In particular, the role of the “Fusion Centers,” a series of 72 federally-funded information hubs run by the NOC, raises questions about the government’s expansive definition of “Homeland Security.”

Created in the wake of 9/11, the Fusion Centers were founded to expedite the sharing of information among state and local law enforcement and the federal government, to monitor localized terrorist threats, and to sidestep the regulations and legislation preventing the CIA and the military from carrying out domestic surveillance (namely, the CIA ban on domestic spying and the Posse Comitatus Act).

Is nonviolent, albeit obstructive, citizen dissent truly an issue of national security? The DHS, for its part, is aware of the contentiousness of civilian monitoring. That’s why, in a White House-approved statement to CBS News included in the dossier, DHS Press Secretary Matthew Chandler asserts that

Any decisions on how to handle specifics (sic) situations are dealt with by local authorities in that location. . . DHS is not actively coordinating with local law enforcement agencies and/or city governments concerning the evictions of Occupy encampments writ large.

However, as a reading of the documents unmistakably demonstrates, this expedient PR nugget is far from the truth. In example after example, from its seeking of  “public health and safety” grounds from the City of Portland for Occupy’s ejection from Terry Schrunk Plaza, to its facilitation of information sharing between the police departments of Chicago and Boston (following a 1500-person Occupy protest in Chicago), the DHS’s active ”coordinating” with local authorities is readily apparent. Other communiqués are even more explicit in revealing a national focus, such as the DHS’s preemptive coordination with the Pentagon about a port closure in Oakland, and its collection of identity and contact information of Occupy protesters arrested at a Bank of America in Dallas.

The right to public assembly is a central component of the First Amendment. The Fourth Amendment is supposed to protect Americans from warrantless searches—with the definition of “search” expanded in 1967 to include electronic surveillance, following the Supreme Court’s ruling in Katz v. United States. Assuming the Occupy protesters refrain from violence—and the vast majority do, in accord with a stated tenet of the Occupy movement—the movement’s existence is constitutionally protected, or should be.

The DHS’s monitoring, documenting, and undermining of protesters may in fact violate the First Amendment. In a recent piece for Dissent Magazine, sociologist James B. Rule explains the fundamental importance of a movement like Occupy in the American political landscape.

This surveillance campaign against Occupy is bad news for American democracy. Occupy represents an authentic, utterly home-grown, grassroots movement. Taken as a whole, it is neither terrorist nor conspiratorial. Indeed, it is hard to think of another movement so cumbersomely public in its deliberations and processes. Occupy is noisy, disorderly, insubordinate, and often inconvenient for all concerned—statements that could equally well apply to democracy in general. But it should never be targeted as a threat to the well-being of the country—quite the contrary.

Accordingly, Rule calls for the White House to rein in the ever-expanding surveillance activity of the DHS—which he contends is motivated by its own funding interests, and which prioritizes security at the expense of civil liberties.

The resource-rich Department of Homeland Security and its allies no doubt see in the rise of the movement another opportunity to justify their own claims for public legitimacy. We can be sure that many in these agencies view any noisy dissent as tantamount to a threat to national security.

Nobody who cares about democracy wants to live in a world where simply engaging in vociferous protest qualifies any citizen to have his or her identity and life details archived by state security agencies. Specific, overt threats of civil disobedience or other law-breaking should be dealt with on a piecemeal basis—not by attempting to monitor everyone who might be moved to such actions, all the time. Meanwhile, the White House should issue clear directives that identification and tracking of lawful protesters will play no further role in any government response to this populist moment.

Optimistic as it may be, Rule’s appeal to the White House is a problematic one, given the ubiquitous influence of the DHS revealed by these documents. If the White House-approved press release is any indication, the Oval Office, while not directly authorizing the DHS’s initiatives, is certainly turning a blind eye to the Department’s focus on the Occupy movement as a potential terrorist threat. Federal surveillance of citizens in the Bush years, most visible in NSA warrantless wiretapping controversy, has apparently not ceased with Obama’s inauguration.

Which raises the question: Does Obama, as he claims, “stand with the 99 percent,” or with those who cannot stand them?

WhoWhatWhy plans to continue doing this kind of groundbreaking original reporting. You can count on it. But can we count on you? We cannot do our work without your support.

Please click here to donate; it’s tax deductible. And it packs a punch.