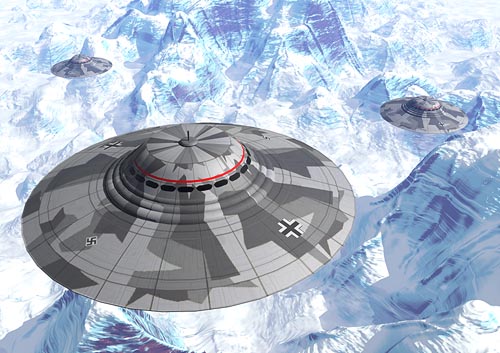 Is a UFO war underway between extraterrestrials and naval forces? That’s the shocking claim being made by a former US military contractor and scientist named John Kettler who alleges there is a UFO war raging in the waters off Antarctica, according to information made available on Oct. 26, 2012 by the Exopolitics Institute News Service.

According to John Kettler, a former US military contractor and scientist, there is an expanding UFO war that is now taking place in waters off Antarctica. Kettler cites unnamed “sensitive sources” to substantiate his claims that a US led coalition of naval forces is militarily engaging with hostile extraterrestrials. This UFO war is an extension of alleged naval battles off the coast of San Francisco earlier reported by Gordon Duff from Veterans Today who refers to his own unnamed “reliable” sources. There is little more than a collection of unnamed sources supporting such allegations, and there is good reason to conclude that Kettler’s and Duff’s claims are part of a psychological warfare operation that may be related to planning for a false flag alien event. There is one historical incident that casts light on whether or not Kettler’s claims are part of a psychological warfare program being slowly unveiled to the world. There is new evidence that Admiral Richard Byrd’s famed 1946/1947 naval expedition Operation High Jump did encounter and battle a mysterious UFO force in Antarctic waters.
According to John Kettler, who has written a series of articles claiming that the US Navy along with its allies are battling hostile extraterrestrials based in underwater locations in the Pacific:
The UFO War continues to expand, with heavy action in the Antarctic Ocean … according to highly sensitive sources. Two submarines of the Chinese PLAN (Peoples Liberation Army Navy) have been slammed together, resulting in injuries, but no fatalities, to the submariners inside them.
Kettler goes on to claim:
Last night, 20 U

FOs, traveling at 25,000 mph, left the Antarctic Ocean in a group and went to Guadalajara, Mexico. Another group of 15, flying at the same speed, went to Argentina. This morning, 12 more emerged and went to Chile.