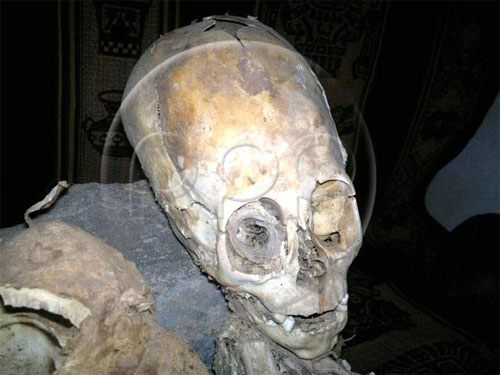 A YORKSHIRE councillor with bigger political aspirations claims he has had hundreds of encounters with aliens and even says he has a 9ft-tall green “mother”.

Coun Simon Parkes, who was elected to Whitby Town Council in February as a Labour Party candidate, claims he has been visited by extra-terrestrial beings throughout his life.

He says he has also been the subject of “horrific” alien operations, and had an implant put into his hand by the creatures.

Coun Parkes, who may stand for Scarborough Council in North Yorkshire, speaking in a YouTube video, said his first encounter was seeing a kite-shaped face when he was a foetus in the womb.

He adds that the first direct encounter he recalls with an alien came when he was a six-month-old baby.

“I was in the cot,” he said. “Two green stick things came in. I was aware of some movement over my head. I thought ‘they’re not mummy’s hands, mummy’s hands are pink’.”

Coun Parkes said he was then picked up by the creature, which was 9ft tall, had huge eyes, two holes for a nose and was wearing a purple cloak.

“I was looking straight into its face,” he said. “It enters my mind through my eyes and it sends a message down my optic nerve into my brain. It says ‘I’m your real mother, I’m your more important mother’.”

Coun Parkes says he then encountered aliens as a three-and-a-half year old, when 8ft tall “doctors” came to see him and armed “human enforcement” officers appeared through his wardrobe.

As an 11-year-old, he claims he was taken on board a craft by his alien “mother”, and made an agreement with the beings to gain knowledge about the past and future.

The agreement, according to the councillor, allowed his soul to be transported into extra-terrestrials. He also says he has been given an insight into the origins of the human race, which he believes was genetically altered by an advanced other-worldly civilisation to “dumb down” the species.

He said: “I’m only telling you what I’ve seen, they could be lying to me. The reason extra-terrestrials are interested in me is not because of my physical body, but because of what is inside me. My soul.

“These reptiles are guilty as hell. They have apologised several times to me.

They have said they are sorry for what they have done to your people.”

He said that only last week, a mysterious black car rammed into his while he was returning from a meeting with other believers.

“It was a horrendous crash,” he said. “The black car just zoomed up and rammed me, it went straight into the side of my car.

“The driver walked straight up to me, holding Coca-Cola, and said ‘I’m sorry, I had to do that’.

A North Yorkshire Police spokesperson confirmed that a four-vehicle pile-up had occurred on the A64 near Tadcaster, North Yorks. The spokesperson said it was caused when a car braked suddenly and that minor injuries were caused.

Coun Parkes added that his close encounters do not affect his work as a town councillor and claimed his extra-terrestrial beliefs “did not come up on the doorstep” while he was campaigning for the Whitby Town Council seat in the Stakesby ward.

Coun Parkes, who was a councillor in Hackney during the 1990s and says he often met with Tony Blair, went on to gain 229 votes in the Whitby election and was comfortably elected.

“For many people who don’t experience it, it’s very hard to accept it,” he said. “We are taught to only see and believe what we can touch, but it’s acceptable to believe in religion.

“It’s a personal matter and it doesn’t affect my work. I’m more interested in fixing someone’s leaking roof or potholes. People don’t want me to talk about aliens.

“I get more common sense out of the aliens than out of Scarborough Town Hall.

The aliens are far more aware of stuff. People in the Town Hall seem not to be aware of the needs of Whitby.”