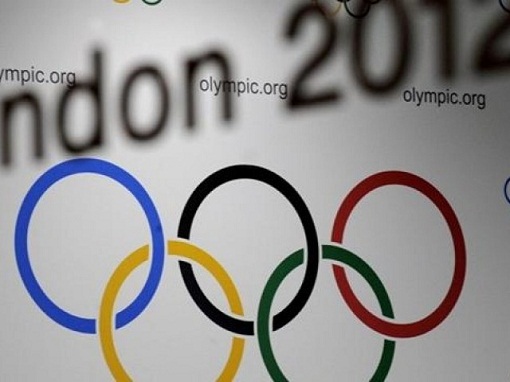 Exclusive interview with investigative journalist Lee Hazledean who is training undercover as a security guard for the London olympics with private security firm G4S. Lee is a filmmaker and investigative TV journalist. He has also been involved in major stories on the IRA and how British Army infiltrated the organisation and carried out false flag operations. He has managed to get undercover as part of the security team at the 2012 Olympics with G4S. He has found there is a media black out on all major news outlets to do with the Olympics unless the story is broken in a news paper or foreign news agency it’s unlikely to see the light of day. Security training and officers are so appaling that the safety and security of the London 2012 Olympics are in jeopardy.

A few example’s: During an exercise he was asked to pose as a would-be terrorist and managed to get knives, guns and IED’s through security screening on every occasion and every exercise. The X-Ray operators have only two days of training, they aren’t trained properly and miss the most obvious prohibited items gun’s, knives, IED’s, ammunition etc. Bag and physical searchers again are missing dangerous weapons, trainees can’t use vital security equipment like the HHMD (Hand Held Metal detectors) they can’t even communicate properly with the public on a basic level. Worryingly the ‘Rapiscan’ walk through metal detectors don’t work properly and aren’t sensitive enough to pick up large knives, ammunition and other metallic threats. He was told that they would be set to go off only after 50 people have walked through to limit queuing time and to get spectators into the venue. So a Terrorist if they basically queued up would probably get through wearing a suicide vest. In classes there are drug deals going down, people can’t speak any English. People who haven’t even completed their SIA licenses yet are being picked to be Team Leaders over highly trained security officers, ex soldiers and ex police. Lee is concerned that weapons or worse will be getting into the games. However, what’s more disturbing is that uniforms are already going missing or being stolen. The training facility is an accurate mock-up of the actual security measures at the Olympic venues. Lee has witnessed several people taking photos on their mobile phones in the training facility and whilst they have been a few people caught by trainers most aren’t noticed. We know that terrorists take surveillance photos to gain intelligence. Contemporary International claim that they have mobile phone ‘jammers’ in the facility, however trainers admitted to Lee that there were no ‘jammers’ at all, it was a verbal deterrent.

Also there are plans for the evacuation of London, G4S are going to be at the forefront, as well as 100,000 troops coming in via Woolwich barracks made up of regular British Forces, American regular army and European troops. Lee was not told why there would be any need for an evacuation of the whole of London, they just said it was to be a “defining moment in the history of London”. This could just be a precaution but the public should be made aware of the foreign invasion which is taking place right now. The troops are being held across London in various barracks once they’ve been through Woolwich. Lee also had this information confirmed by an army doctor who was shocked at all the foreign troops coming into London. There is also a shipment of what are being described as casket linings, each casket can hold four or five people and 200,000 casket linings have been delivered we believe from America. Also we were shown videos of drones attacking targets in Afghanistan and were told that drones will be patrolling the sky’s over London during the Olympics carrying out surveillance and search and destroy missions if necessary.

The Link Between Olympics’ Security and FEMA Concentration Camps:-
www.luikkerland.com/the-cockaigne-times/2012/06/07/the-link-between-ol…