Who Bought Your Politician? Check via Embeddable Widget 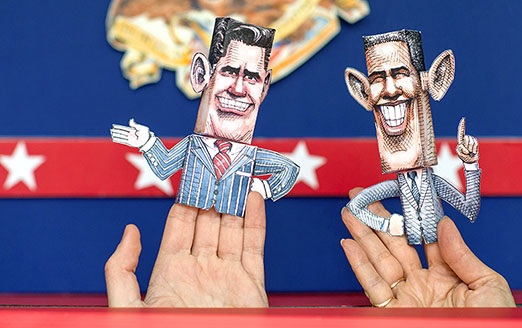 Ask politicians whether campaign contributions influence their decisions, and they’ll tell you certainly not.

Ask any citizen, and they’ll likely give the opposite answer.

With that in mind, we’re re-introducing a web-based embeddable widget — for anybody to use — that lists the top 10 donors and their contributions to any member of the House and Senate, their opponents, and the presidential candidates. Wired updated the widget in conjunction with Maplight, the Berkeley, California-based nonprofit dedicated to following money and politics.

“Corporate influence in politics has gone off the charts, and it’s more important than ever for voters to understand who is financing candidates,” said Evan Hansen, editor in chief of Wired.com. “Maplight has done the hard work of compiling the data. At Wired, we’re happy to help get that information out to the wider public, and share it as broadly as possible with this web-based embeddable widget.”

The widget is free to steal and comes with a Creative Commons license. The widget displays a shadow outline of the politician adorned with NASCAR-style logos of some of the top donors giving that candidate money.

Maplight pulls down up-to-date campaign-financing figures from the Federal Election Commission, which are fed into a database so the widget stays current.

“In just a few weeks, voters will confront a ballot filled with candidates whose campaigns have been paid for by wealthy donors. People deserve to know the truth about whose interests their candidates are really representing,” said Daniel Newman, president and co-founder of MapLight. “We’re proud to work with Wired to give voters a tool they can use to draw back the curtain on the moneyed influence plaguing our political system.”

The widget shows where candidates are ranked in terms of how much money they’ve raked in compared to their peers. It also shows how they rank among all federal candidates.

When it comes to the top-10 donor lists, the total from each company or organization includes donations from individual workers and a firm’s Political Action Committee, if it has one. Goldman Sachs and its PAC has given Romney nearly $544,000 — Romney’s top contributor.

The largest contributors to the president were government employees, at more than $2 million.

The Supreme Court ruled in 2010 that the First Amendment prohibited the government from limiting contributions from unions and Political Action Committees to political campaigns that are independent of an individual’s campaign. Of note, however, the widget does not keep track these types of independent expenditures.

We introduced the first version of the widget in 2010, with Maplight’s help. But that one only listed incumbents and did not have challengers, unlike the new widget. The older version was viewed millions of times.

When we unveiled the original widget, we used it to produce a story about federal funding and a controversial helicopter — Follow the Money: Pork-Powered Pig Preps for Flight, which highlighted pay-to-play contributions to select politicians from defense firms hoping to win a contract to build the next Marine One, the president’s personal helicopter.

What we learned was something we suspected and knew all along: There is a correlation to politicians’ voting records and where they get their money.

And we’re giving away the widget to help you prove it in other cases, as well.