Wikileaks : the Magus in deep black 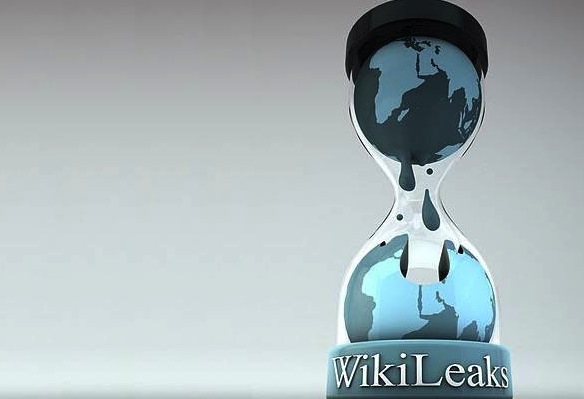 This recent dialog between Iranian Presidential Advisor Esfandiar Rahim Mashai and Spiegel Online is interesting in that it highlights the nuances behind the release of the cables and how governments use various tactics to spin the fall-out in ways they find advantageous at least on the surface.

Take the following scenario for example. You have a private Bradley Manning, an intelligence analyst, who obtains access to 250,000 cables specifically according to Wikipedia ..”In online discussions with Adrian Lamo, Manning claimed responsibility for leaking the “Collateral Murder” video, a video of the Granai airstrike and approximately 250,000 individual cables, to the whistleblower website Wikileaks.[5][6]”

And then, according to Wikipedia, …”Manning was arrested by agents of the U.S. Army Criminal Investigation Command in May 2010 and held in pre-trial confinement in a military jail at Camp Arifjan in Kuwait.[1][2][3] On July 5, 2010, two misconduct charges were brought against him for “transferring classified data onto his personal computer and adding unauthorized software to a classified computer system” and “communicating, transmitting and delivering national defense information to an unauthorized source”.[2][7] The charges included unauthorized access to Secret Internet Protocol routers network computers, download of more than 150,000 United States Department of State diplomatic cables, download of a classified PowerPoint presentation, and downloading a classified video of a military operation in Baghdad on July 12, 2007. Manning is also charged for forwarding the video and at least one of the cables to an unauthorized person.[15] The maximum jail sentence is 52 years.[1]”] (footnotes can be found in Wikipedia article not here).

Adrian Lamo, is apparently the informant who notified the Army Criminal Investigation Command of Bradley’s admissions. This information was published by Wired Magazine back in June in this article http://www.wired.com/threatlevel/2010/06/leak/

According to the Wired June article ..”Manning was turned in late last month by a former computer hacker with whom he spoke online. In the course of their chats, Manning took credit for leaking a headline-making video of a helicopter attack that Wikileaks posted online in April. The video showed a deadly 2007 U.S. helicopter air strike in Baghdad that claimed the lives of several innocent civilians.”

“He said he also leaked three other items to Wikileaks: a separate video showing the notorious 2009 Garani air strike in Afghanistan that Wikileaks has previously acknowledged is in its possession; a classified Army document evaluating Wikileaks as a security threat, which the site posted in March; and a previously unreported breach consisting of 260,000 classified U.S. diplomatic cables that Manning described as exposing “almost criminal political back dealings.”

So what we have is a “former hacker” turning in his online friend to the Army… The question is, where in this interaction, did the U.S. become aware of what Bradley Manning was doing and whether the convenience of the open admissions with a former hacker would not have been completely surveilled well in advance by Echelon giving the PTB every chance to make sure that this caper on the part of Manning succeeded or failed and just how easily they allowed him access to this material… with perhaps the intention that if leaked… they would be able to make use of this misbehavior to their own ends.

To make this clearer I would urge everyone to again view the recently cancelled TV series “Rubicon” for an interesting correlation whereby you have intelligence analysts who have early access to information… being given free reign by the PTB in order to manipulate them into releasing this info or thinking they were getting away with something only to find that in doing so they were actually conveniently fulfilling the ultimate plans of the very people they attempted to expose.

This is not out of the question. Here, in this situation, you have a heroic young intelligence analyst, Manning. And you have a “former hacker”, Adrian, who befriends him online (it is not clear whether they had met in person). This much is clear. That the hacker would know full well that their dialog and Bradley’s admission of guilt would be being recorded as are all online conversations, written or verbal, by Echelon or whatever surveillance system you prefer by whatever name, and that therefore it is highly possible, in that this former hacker, Adrian, in not warning Bradley that their conversation would be surveilled, was already in the employ of the PTB.

Further, this scenario lends itself to a perfect sting operation. And that in releasing the aforementioned trove of info that a sort of global information firestorm would be unleashed. Wikileaks is only peripheral to this mix. The real objective, may have been quite different. That is, the PTB knowing they have on their hands a rebel analyst, use this to their own ends in allowing him to gain access to damaging material and go so far, because it suits their ultimate purpose.

So what then, one must ask, is their ultimate end here? This is where it becomes more convoluted because the PTB are not a united front. In this case it may be that certain high level interest groups, be they the Joint Chiefs or the Pentagon or the CIA have a vested interest in these releases because overall, the damage done is more slanted one way than another. And the tipping point is that somewhere in these leaks is an agenda that steers the ship of states (that is, countries) more in the preferred direction.

Certain people may lose others may gain, maybe Hilary Clinton, maybe a delicate balance of power concerning China and Taiwan or North Korea or India… Without the release of all of the cables, it’s impossible to judge cui bono (who benefits). But it is entirely possible that some group, maybe a rebel faction of the Joint Chiefs or maybe some element of the Rothschilds vs the Rockefellers…. But it is clear that one side or another will come out of this diplomatic debacle much better off… than another.

So this is what the Iranian presidential advisor is alluding to. However, in his facile statements and lavish assurances of how “forgiving” Iran is of its neighbors and how there is nothing whatsoever to be “afraid of” in regard to their nuclear ambitions, or the supposed lack thereof… This much is obvious, he is playing politics the Middle Eastern way. Soothing ruffled feathers with smooth talk and at the same time noting with the keen eye of a well schooled observer that very little gets by the surveillance of governments these days, unless they allow it to. And this is at the root of the problem.

Because, as Mark Klein, the whistle blower from AT&T, who found out that the government was surveilling all citizens communications 5 years ago and reported this. Listen to his story here: http://thestory.org/archive/the_story_120910_full_show.mp3

All you have to do is extrapolate from this to the massive Cray computers underground in Colorado and you have just the edge of the iceberg that is worldwide in reach. From what our whistleblowers say, very little goes without being recorded… especially when it involves individuals who work for the government, the military or are known hackers or other activists, such as this writer.

With that in mind, one cannot take the Wikileaks as a simple straight-forward release of source to Wikileaks of information. This release has to be mitigated by the goings on that led to the release prior to when it ever landed on the doorstep, metaphorically speaking… of Wikileaks.

Now, is Wikileaks also part of this sting operation? Very likely. But this is all in a days work when you are a website for whistleblowers. As we at Project Camelot know. It is naive to think that anything we receive is not, at some level, allowed to happen. None of this discounts the acts of valor that are at the root of any real release of information that reveals the reality behind the matrix. On the contrary, the individuals who take real action, the Bradley Mannings, Julian Assanges and all the other whistleblowers who risk their lives and the lives of their loved ones to reveal the truth are the heroes out of this scenario.

But those behind the scenes in this surveillance society, the ones who call themselves Magus, who manipulate the effects of the truly courageous actions of the bright stars, diamonds in the rough, under their Control, cannot be ignored. It is necessary that we go deeper into the black, what some would call, above black, to discover the real war being fought. And then, to reveal those manipulators and what is behind their actions. Because only then do we begin to tap into the controllers behind the Controllers. And find out perhaps, who is fighting the good fight for us, or against us. Because there is a hidden side, working above black, for the light. We may not recognize them, they are too hidden, too deep in the black, for us to know just who they are. But they are there. And we can acknowledge them here, at least.
The only way we can find out whether it is they or the truly black-souled group who are the victors in this recent release, remains to be seen. But I caution everyone who is involved in this drama, actor or observer, to watch carefully and at the end of the day, when all the cables are out… ask one question, who benefits?