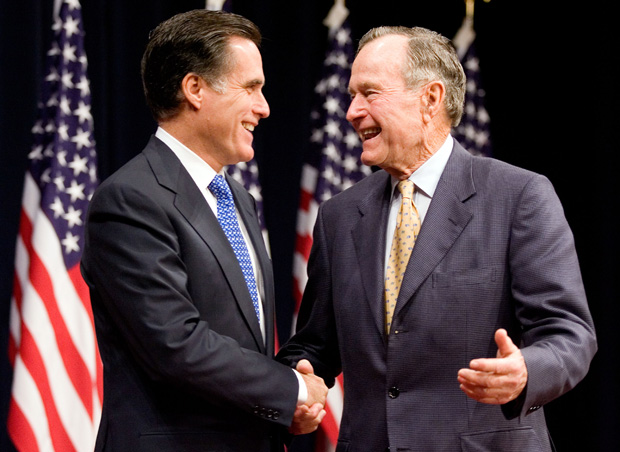 Why Has Not Only Corporate Media, but also Obama’s Opposition Research Let Romney Slide on his Criminal Associations?

Back in July, the Los Angeles Times – not VT, Infowars or Truth Jihad Radio – broke the story that Mitt Romney is a drug money launderer. How did we all miss this story? (Until John Hankey and then Gordon Duff picked it up.)

Maybe it’s because the Times story never comes right out and says “drug money laundering.” It doesn’t have to.

What the Times article does say translates directly and unambiguously as DRUG MONEY LAUNDERING, in caps, exclamation point.

According to the Los Angeles Times, Romney’s company, Bain Capital, “paid out a stunning 173% in average annual returns over a decade.” “Stunning” is not the word. “Criminal” is more like it.

Bernie Madoff was arrested and went to jail because he was paying 10% annual returns. That’s how it came to light that he was running a criminal enterprise. You just cannot possibly pay 10% returns consistently, year in and year out, with legitimate investments. Never happened, never will.

Ponzi schemes sometimes pay as high as 20% – and soon collapse, and the perps go to jail. But a 173% annual return is far beyond the range of the craziest, most short-lived ponzi scheme.

Romney wasn’t running a ponzi scheme. He was running a drug money laundry. His clients, the Times explains, were shady characters from Panama. Here’s how it works:

At 173% interest, it only takes Romney a few years (officially) to return ten million laundered dollars to the druglord.

When the druglord is asked where he got his ten million dollars, he explains that he made a lucky investment with Bain Capital. And he has the papers to prove it.

Romney, you are SO BUSTED.

Romney’s secrecy in business is detailed, and revealed; as well as his role as a drug money launderer for GHW Bush; his connection, through Bush, to CIA death squads in Central America; his role in 9-11; in the murder of US ambassador to Libya, Christopher Stevens; and the significance of his endorsement of and by Cheney.