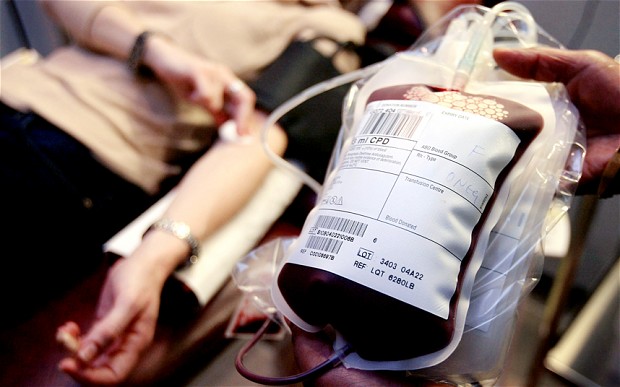 Human history-altering newsflash: Scientists have demonstrated that injections of youthful blood carry semi-magical, rejuvenating qualities–at least for gray-whiskered mice. The researchers believe that the same might hold true for humans, suggesting that diseases like Alzheimer’s and indeed aging itself might be prevented through the transfusion of the youth’s vigorous lifeblood.
To clarify: No, this revelation is not the premise of the next blowout romance-vampire movie trilogy. It is a real scientific discovery made in Stanford University’s laboratories and presented earlier this week at the Society for Neuroscience conference in New Orleans.
The study showed that 18-month-old mice who had been received eight transfusions of young blood had a much easier time making it through the a watery maze than the old mice who had not received any transfusions.
“They were 18 months old but they were acting much younger, like a four to six-month-old,” said Dr. Villeda, one of the lead researchers.
The study also demonstrated that older mice who had received the blood transfusions also began to grow new synopses in their brain–connections which are essential for the retention of memory.
This result holds promise far beyond solving the plight of grandparents accompanying their grandchildren through those pesky Halloween hay labyrinths. The researchers said that this information could, in the future, be used to prevent mental aging itself.
“Do I think that having young blood could have an effect on a human? I am thinking more and more that it might,” said Dr. Villeda.
If the same does hold true for humans, this discovery could become a major scientific breakthrough at a time when the world’s elderly population is growing exponentially. Scientists predict that by 2050 global population over 60 will reach a dizzying two billion people, which could cause a massive health care and economic crisis as societies struggle to care for these seniors. Some scientists have said that this explosion of Alzheimer’s alone could cause a “ looming medical-care disaste r is beyond comparison with anything that has been faced during the entire history of humanity.”
Scientists are excited about the potentials of this study.
Chris Mason, professor of regenerative medicine bioprocessing at University College London , told The Guardian , “Even if the finding leads only to a drug that prevents, rather than reverses the normal effects of ageing on the brain, the impact upon future generations will be substantial – potentially outweighing other wonder drugs such as penicillin.”
As significant and surprising as this study is, the results are supported by past research. Last year, the same Stanford researchers demonstrated that injecting young mice with old blood led to mental deterioration in the rodents.
This research led them to undertake this more recent experiment to see whether the reverse could be true.
Moving forward, it is unlikely that a vial of youthful blood itself will become the treatment for aging. Instead, scientists say that the new challenge is to identify what compounds inside young blood carry this rejuvenating effect–potentially allowing researchers to extract or replicate these particularly chemicals.
Still, this study itself is a significant scientific breakthrough that once again shows the incredible predictive powers of both science fiction novels and despotic leaders.
Now, I know what you’re thinking: “Kim Jong-il was right!” (Korea’s late leader reputedly spent years  injecting himself with the blood  of healthy youths.)  “Does that mean he was also right about communism?”
Unfortunately, the results in that aspect are inconclusive.
via Alternet.org