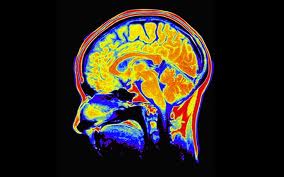 Wellcome Trust researchers have discovered how the brain assesses confidence in its decisions. The findings explain why some people have better insight into their choices than others.

Throughout life, we’re constantly evaluating our options and making decisions based on the information we have available. How confident we are in those decisions has clear consequences. For example, investment bankers have to be confident that they’re making the right choice when deciding where to put their clients’ money.

Researchers at the Wellcome Trust Centre for Neuroimaging at UCL led by Professor Ray Dolan have pinpointed the specific areas of the brain that interact to compute both the value of the choices we have in front of us and our confidence in those choices, giving us the ability to know what we want.The team used functional magnetic resonance imaging (fMRI) to measure activity in the brains of twenty hungry volunteers while they made choices between food items that they would later eat. To determine the subjective value of the snack options, the participants were asked to indicate how much they would be willing to pay for each snack. Then after making their choice, they were asked to report how confident they were that they had made the right decision and selected the best snack.It has previously been shown that a region at the front of the brain, the ventromedial prefrontal cortex, is important for working out the value of decision options. The new findings reveal that the level of activity in this area is also linked to the level of confidence participants placed on choosing the best option. The study also shows that the interaction between this area of the brain and an adjacent area reflects participants’ ability to access and report their level of confidence in their choices.

Dr Steve Fleming, a Sir Henry Wellcome Postdoctoral Fellow now based at New York University, explains: “We found that people’s confidence varied from decision to decision. While we knew where to look for signals of value computation, it was very interesting to also observe neural signals of confidence in the same brain region.”

Dr Benedetto De Martino, a Sir Henry Wellcome Postdoctoral Fellow at UCL, added: “Overall, we think our results provide an initial account both of how people make choices, and also their insight into the decision process.”

The findings are published online today in the journal Nature Neuroscience.