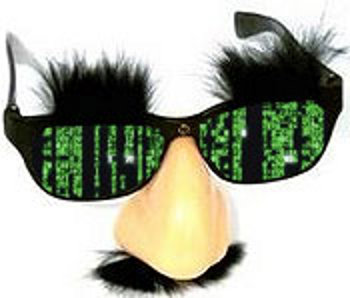 John Arquilla calls for the US to stop prosecuting hackers and give them jobs, but the risk is they’d be employed to spy on us

The issue of cybersecurity makes difficult demands on those of us who wish to understand it. It is not only complex, but growing quickly – more so as the “internetization” of mankind proceeds apace – and as new opportunities for conflict, crime, oppression, and revolution are conceived and executed by states and individuals acting on motivations that are themselves similarly complex, and occasionally even justifiable. Complexity aside, it is an issue that still eludes popular understanding, in part because certain parties do not wish it to be understood.

John Arquilla, the US Naval Postgraduate School professor who coined the term “cyberwarfare” and who recently spoke to the Guardian, is not among them, having long sought to educate the public and influence policy-makers. In this week’s interview, he described the unusual vigor with which the US has prosecuted hackers to be “ridiculous”, citing missed opportunities and a “poisoning” of the relationship between the state and the hacker community, which might represent missed opportunities. Going further, he proposes that the US government relax any restrictions that might prevent masterful hackers with criminal histories from being recruited by the military and intelligence communities.

Such a question is certainly worth pondering. Under other circumstances, my answer would be “yes”: redirecting talents used wrongly and shifting them to good purposes is a fine idea, one that has been pursued with some success throughout history. That my answer must be somewhat different than “yes” has a great deal to do with those certain parties who would prefer that the issue of cybersecurity continue not merely to be complex, but to be misunderstood. Those parties are one and the same as those in charge of both cybersecurity and cyberwarfare policy as practiced by the US.

One such is former USAF Lt Col George A Crawford, who wrote the following in 2001:

“Personnel skilled at conducting strategic information operations – to include psychological operations, public information, deception, media and computer network operations, and related activities – are important for victory. Despite robust DoD [department of defense] and intelligence community capabilities in this area, efforts to establish organizations that focus information operations have not been viewed as a positive development by the public or the media, who perceive government-sponsored information efforts with suspicion. Consequently, these efforts must take place away from public eyes.”

Crawford now serves on the board of Archimedes Global – one of countless intelligence contracting firms that provide a range of little-known “information operations” services to the intelligence community. That his opinion is representative of those men whose views actually make policy becomes clear when we consider such things as the NSA’s warrantless wiretapping program, along with other unprecedented assaults on the US constitution, which were intended to “take place away from public eyes”.

Of course, some large portion of what we refer to as “cybersecurity” consists of legitimate defense of state and commercial assets in the face of actual threats. In such cases, sound policy could certainly include the utilization of former criminal hackers who bring needed skill and insight to a necessary pursuit. But some other large portion is, instead, geared towards the surveillance of the American public – something that we know only because of the efforts of whistleblowers. What we will never know is how much of US cybersecurity consists of the former category and how much consists of the latter. We may only be certain that the latter will continue to expand, always under the direction of men who hold the public’s liberties and right to privacy in contempt. There is too much power and money at stake for it to be otherwise – and, as yet, too little interest from the citizenry for the trend to be reversed.

In such a context, it becomes more difficult to advocate the introduction of formerly criminal talents into the mix of things – not necessarily because of any threat the criminal may represent to the enterprise, but because of the threat that the enterprise now represents to the public.