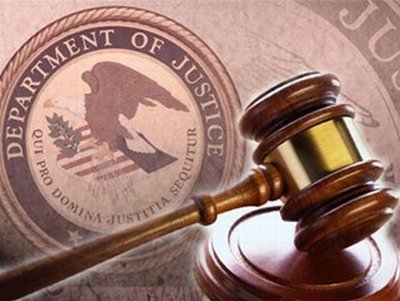 The Department of Justice is attempting to criminalize uploading videos that break You Tube’s terms of service, along with any other online action that is deemed to contravene a website’s usage policy, in a shocking expansion of cybersecurity laws deemed draconian by critics.

“In a statement obtained by CNET that’s scheduled to be delivered tomorrow, the Justice Department argues that it must be able to prosecute violations of Web sites’ often-ignored, always-unintelligible “terms of service” policies,” writes Declan McCullagh.

Such violations would include creating a fake Facebook profile, lying about your weight on dating websites, or providing any other item of false information that violates a website’s TOS agreement.

Under the DOJ’s new legal framework, an expansion of the Computer Fraud and Abuse Act (CFAA), agreeing to a website’s terms of service would be identical to signing a contract with an employer, with similar punishments for breaking that contract.

“To the Justice Department, this means that a Web site’s terms of service define what’s “authorized” or not, and ignoring them can turn you into a felon,” writes McCullagh, pointing out that millions of Americans violate ‘terms of agreement’ policies every single day.

Indeed, in the case of You Tube, users are often informed months or even years later that they may have infringed on the company’s ‘terms of service’ agreement if another user merely complains about the content of their video.

Attorney Stewart Baker warns that under the newly amended law, users uploading a copyrighted You Tube video more than once would fit into “a pattern of racketeering,” with even harsher criminal penalties, “at least if Justice gets its way.”

A coalition of free speech organizations from across the political spectrum, including the ACLU, Americans for Tax Reform, the Electronic Frontier Foundation, and FreedomWorks have joined forces to oppose the move, savaging the proposed changes as an affront to Internet anonymity in a letter to the Senate.

“If a person assumes a fictitious identity at a party, there is no federal crime,” the letter states. “Yet if they assume that same identity on a social network that prohibits pseudonyms, there may again be a CFAA violation. This is a gross misuse of the law.”

As we have documented, the attempt to create a Communist Chinese-style system of Internet policing, advocated by Senator Joe Lieberman, mandates that Internet anonymity be outlawed and that a system even more draconian than what was rejected in China – individual ID’s for Internet users – be put in place.

The attempt to expand CFAA is just one tentacle of an all out war on Internet freedom that has been launched by the federal government. Another piece of legislation that has received bipartisan support, the so-called “Rogue websites bill,” would create a Chinese-style ban list where ISPs would be mandated to block certain websites by government decree.

Terrorists for the FBI: Inside the Bureau’s Secret Network that Surveils and Entraps Americans

How to Spot an Online Spy (Cointelpro Agent)