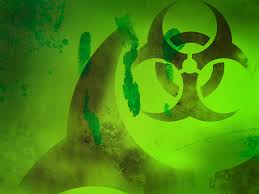 Dr. Vladimer Pasechnik, age 64, died on December 23, 2001. He was found dead in Wiltshire, England, a village near his home. Two different dates have been reported: November 21 and December 23. Death ruled stroke. He had defected from Russia to UK. He had been the #1 scientist in the FSU’s bioweapons program. It was thought he was involved with exhuming the bodies of the 10 London victims of the 1919 Type A flu epidemic. Pasechnik died six weeks after the planned exhumations were announced.

On November 23, 2001, Pasechnik’s death was reported in the New York Times as having occurred two days earlier. Pasechnik’s death was made in the United States by Dr. Christopher Davis of Virginia, who stated that the cause of death was a stroke. Dr. Davis was the member of British intelligence who de-briefed Dr. Pasechnik at the time of his defection. Pasechnik was heavily involved in DNA sequencing research. He had just founded a company like three other microbiologists working to provide powerful alternatives to antibiotics.

Dr. Vladimir Pasechnik was the boss of William C. Patrick III who holds 5 patents on the militarized anthrax used by the United States. Patrick is now a private biowarfare consultant to the military and CIA. Patrick developed the process by which anthrax spores could be concentrated at the level of one trillion spores per gram. No other country has been able to get concentrations above 500 billion per gram. The anthrax that was sent around the eastern United States last fall was concentrated at one trillion spores per gram.