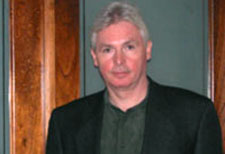 Gregory Stone, 54, died from an unknown illness Feb. 17. Stone, who was quoted extensively in many publications internationally after the BP oil leak, was the director of the renowned Wave-Current Information System. Stone quickly established himself as an internationally respected coastal scientist who produced cutting-edge research and attracted millions of dollars of research support to LSU. As part of his research, he and the CSI Field Support Group developed a series of offshore instrumented stations to monitor wind, waves and currents that impact the Louisiana coast. The system is used by many fishermen and scientists to monitor wind, waves and currents off the Louisiana coast. Stone was a great researcher, teacher, mentor and family man.