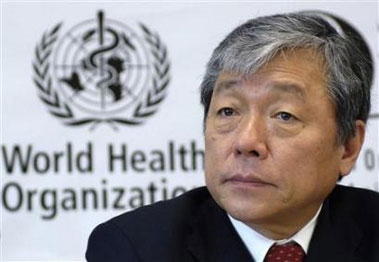 Lee Jong-woo, age 61, died on May 22, 2006 after suffering a blood clot on the brain. Lee was spearheading the organization’s fight against global threats from bird flu, AIDS and other infectious diseases. WHO director-general since 2003, Lee was his country’s top international official. The affable South Korean, who liked to lighten his press conferences with jokes, was a keen sportsman with no history of ill-health, according to officials.