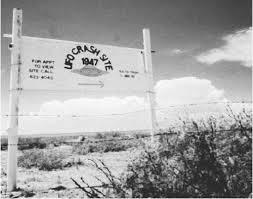 ‘Dr. Roger’ died in the Summer of 2003. ‘Roger’ was a pseudonym for this genetics scientist. He was 17 and lived in Roswell, New Mexico in 1947 when the unexplained object crashed. He told a woman he worked with in 1977 named ‘Kate’ while employed by the Navy, who he helped to clean up the crash site of the 1947 UFO. He subsequently went to work for the government at this young age and ended up a geneticist working in China Lake for the Navy. Although he lived in fear and hiding soon after he told his story to Kate, he retired in late 1990s or early 2000’s and she saw him again once in early 2002 in San Diego. He told her she was in danger to talk to him and he left the store.

In 2003 she received a phone call from his ‘friend’ who said he had been executed in his retirement home in Connecticut. The body had been removed by a black government looking vehicle. The home had been cleaned up and the body removed without any public notices of his death or existence. Many disfigured and abnormal animals were found in the desert near Groom Lake during his time there and after. Kate thought he might have been doing this gruesome experimental work.