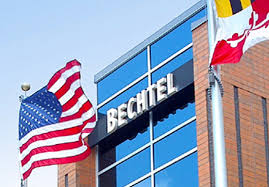 Todd Kauppila, age 41, died on May 8, 2005 of hemorrhagic pancreatitis at the Los Alamos hospital, according to the state medical examiner’s office. A picture of him was not available to due secret nature of his work. His death came two days after Kauppila publicly rejoiced over news that the lab’s director was leaving. Kauppila was fired by director Pete Nanos on Sept. 23, 2004 following a security scandal. Kauppila said he was fired because he did not immediately return from a family vacation during a lab investigation into two classified computer disks that were thought to be missing. The apparent security breach forced Nanos to shut down the lab for several weeks. Kauppila claimed he was made a scapegoat over the disks, which investigators concluded never existed. The mistake was blamed on a clerical error. After he was fired, Kauppila accepted a job as a contractor at Bechtel Nevada Corp., a research company that works with Los Alamos and other national laboratories. He was also working on a new Scatter Reduction Grids in Megavolt Radiography focused on metal plates or crossed grids to act to stop the scattered radiation while allowing the unscattered or direct rays to pass through with other scientists: Scott Watson (LANL, DX-3), Chuck Lebeda (LANL, XTA), Alan Tubb (LANL, DX-8), and Mike Appleby (Tecomet Thermo Electron Corp.).