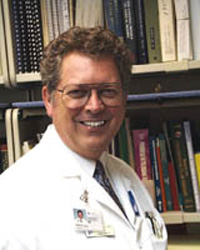 Robert J. Lull, age 66, died on May 19, 2005 of multiple stab wounds. Despite his missing car and apparent credit card theft, homicide Inspector Holly Pera said investigators aren’t convinced that robbery was the sole motive for Lull’s killing. She said a robber would typically have taken more valuables from Lull’s home than what the killer left with. Lull had been chief of nuclear medicine at San Francisco General Hospital since 1990 and served as a radiology professor at UCSF. He was past president of the American College of Nuclear Physicians and the San Francisco Medical Society  and served as editor of the medical society’s journal, San Francisco Medicine, from 1997 to 1999. Lee Lull said her former husband was a proponent of nuclear power and loved to debate his political positions with others.