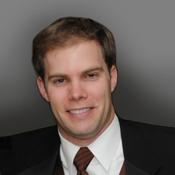 Zachary Greene Warfield, 35, died July 4 in a boating accident on the Potomac River. Zack was a co-founder and a member of the Board of Directors for Omnis, Inc., a McLean, VA-based strategic consulting firm for the intelligence, defense and national security communities. He spearheaded major research initiatives and, in addition to helping steer the company, was directly involved in numerous projects, including analytic training and technology consulting. Prior to founding Omnis, Zack was an engineer and analyst for the U.S. Government and private industry. As a science and technology analyst, he assessed missile and space systems, managed technical contracts, and investigated Iraq’s Weapons of Mass Destruction (WMD) program as a member of the Iraq Survey Group, serving in Baghdad on two separate occasions. As an engineer, he worked on aerospace projects for the National Aeronautics and Space Administration (NASA), the Defense Advanced Research Projects Agency (DARPA), and private industry. Most notably, Zack designed critical guidance systems that ensured a successful landing for the Mars Exploration Rovers, Spirit and Opportunity; his name is inscribed on one of the rovers, and remains on Mars today.