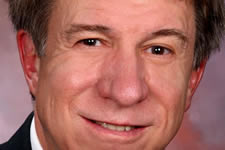 A renowned American engineer was found dead in his hotel room in Salford after his heart suddenly stopped working. Mark Ferri, 59, from Tennessee, had completed two degrees in engineering as well as an MBA before becoming a nuclear engineer. At an inquest into Mr. Ferri’s death at Bolton Crown Court, it was heard that the dad-of-one was visiting Manchester on business on September 18, the day of his death. It was said Mr. Ferri had been under stress from his job. His wife, Michaela, told the inquest, “He said a number of times, this job is killing me.”.  Mr. Ferri was originally due to return to the US a week earlier to see his family but was asked to remain in the UK for an extra week. On September 5, Mrs. Ferri spoke to her husband and, “he didn’t sound right”. She said, “He said it was just his work and they were giving him additional assignments and he was feeling overwhelmed and he didn’t think he would be able to complete them”.