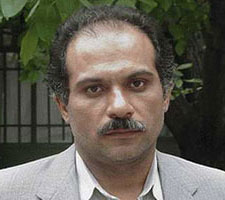 Dr. Massoud Ali Mohammadi, 50, was assassinated Jan. 11, 2011 when a remote-control bomb inside a motorcycle near his car was detonated. This professor of nuclear physics at Tehran University was politically active and his name was on a list of Tehran University staff who supported Mir Hossein Mousavi according to Newsweek. The London Times reports that Dr. Ali-Mohammadi told his students to speak out against the unjust elections. He stated, “We have to stand up to this lot. Don’t be afraid of a bullet. It only hurts at the beginning.” Iran seems to be systematically assassinating high level professors and doctors who speak out against the regime of President Ahmadinejad. However, Iran proclaims that Israel and America used the “killing as a means of thwarting the country’s nuclear program” per Newsweek.