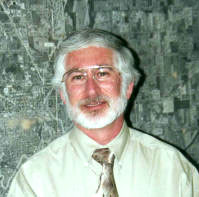 Dr. David Schwartz , age 57, died on December 10, 2001. He was murdered by stabbing with what appeared to be a sword in rural home Loudon County, Virginia. His daughter, who identifies herself as a pagan high priestess, and three of her fellow pagans have been charged. He was extremely well respected in biophysics, and regarded as an authority on DNA sequencing. Three teens that were into the occult were charged with murder in the slashing death.