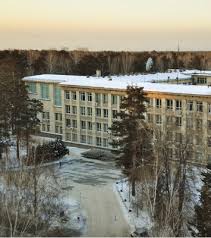 Antonina Presnyakova, age 46, died May 25, 2004. A Russian scientist at a former Soviet biological weapons laboratory in Siberia died after an accident with a needle laced with ebola. Scientists and officials said the accident had raised concerns about safety and secrecy at the State Research Center of Virology and Biotechnology, known as Vector, which in Soviet times specialized in turning deadly viruses into biological weapons. Vector has been a leading recipient of aid in an American program.