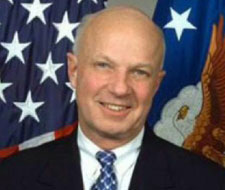 John (Jack) P. Wheeler III, 66. last seen Dec. 30, 2010 was found dead in a Delaware landfill. He fought to get the Vietnam Memorial built and served in two Bush administrations. His death has been ruled a homicide by Newark, Del. police. Wheeler graduated from West Point in 1966, and had a law degree from Yale and a business degree from Harvard. His military career included serving in the office of the Secretary of Defense and writing a manual on the effectiveness of biological and chemical weapons, which recommended that the United States not use biological weapons.