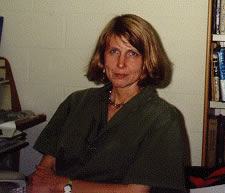 Professor Carol Ambruster, 69, University professor and Astronomy and Astrophysics Officers had found nothing in Ambruster’s life or history that appeared suspicious. Philly.com reported; Carol W. Ambruster, 69 was found by her roommate in the kitchen of her apartment in the 5500 block of Wayne Avenue, Germantown with a knife in her neck about 9 p.m., police said. She also had been stabbed in the chest. Ambruster, a tenured professor in the department of astronomy and astrophysics at Villanova, retired in 2011. Ambruster attended Northeastern University, where she majored in physics, and received her doctorate in astronomy from the University of Pennsylvania in 1984. Her research interests included stars and the history of astronomy