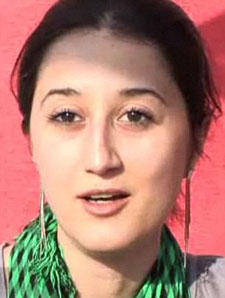 Gelareh Bagherzadeh, died Jan. 17, when she was shot outside her home. Detectives investigating the murder of an Iranian molecular scientist gunned down in her car as she drove home believe she was followed or that someone was waiting for her. Bagherzadeh was struck by a single bullet that entered the passenger door window as she talked on her cell phone with her ex-boyfriend. Bagherzadeh was a molecular genetic technology student at M.D. Anderson Cancer Center in Houston and also active in promoting Iranian women’s rights.