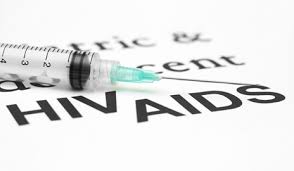 Tanya Holzmayer, age 46, died on February 28, 2002. Two dead microbiologists in San Francisco. While taking delivery of a pizza, Tanya Holzmayer was shot and killed by a colleague, Guyang “Mathew” Huang, 38, who then apparently shot himself. Holzmayer moved to the US from Russia in 1989. Her research focused on the part of the human molecular structure that could be affected best by medicine. Holzmayer was focusing on helping create new drugs that interfere with replication of the virus that causes AIDS. One year earlier, Holzmayer obeyed senior management orders to fire Huang.

Huang appeared from behind the deliveryman. He shot Holzmayer several times at close range in the chest and head. As Holzmayer fell in her doorway, Huang ran to a Ford Explorer and drove away. Less than an hour after the shooting, Huang called his wife, according to Foster City Police Capt. Craig Courtin. He told her about the shooting and that he was going to kill himself, then he hung up. Huang’s wife called the emergency services and Foster City police used search dogs to comb the area. They ran into a jogger who had seen Huang’s body lying off the walkway that locals call “The Levee.” He had fired a single bullet into his head.