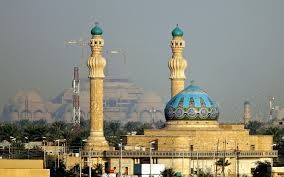 Mohammed Munim al-Izmerly died April 2004. This distinguished Iraqi chemistry professor died in American custody from a sudden hit to the back of his head caused by blunt trauma. It was uncertain exactly how he died, but someone had hit him from behind, possibly with a bar or a pistol. His battered corpse turned up at Baghdad’s morgue and the cause of death was initially recorded as “brainstem compression”. It was discovered that US doctors had made a 20 cm incision in his skull.