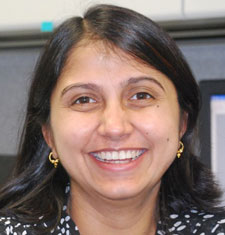 Chitra Chauhan, 33. Died Nov. 15 2010, was found dead in an apparent suicide by cyanide at a Temple Terrace hotel, police said. Chauhan left a suicide note saying she used cyanide. Hazmat team officials said the cyanide was found only in granular form, meaning it was not considered dangerous outside of the room it was found in. The chemical is considered more dangerous in a liquid or gas form. Potassium Cyanide, the apparent cause of death, is a chemical commonly used by universities in teaching chemistry and conducting research, but it was not used in the research projects she was working on. Chauhan, a molecular biologist, was a post-doctoral researcher in the Global Health department in the College of Public Health. She earned her doctorate from the Institute of Genomics and Integrative Biology in New Delhi, India, in 2005, then studied mosquitoes and disease transmission at the University of Notre Dame.