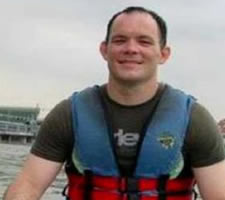 Shane Todd, 31, Ph.D. in electrical engineering with expertise with GaN (Gallium Nitride). Mystery: Dr. Todd felt increasingly uncomfortable with the work he was doing with the Chinese company Huawei, to the point Shane told his family that he was being asked to compromise US security and he feared for his life. Shane was working on a “one of a kind” machine, with a dual use in commercial and in military application, requiring expertise in the area of GaN (Gallium Nitride). Shane refused to do what he was being asked to do and turned in his sixty day notice at IME. Shane found a good job with a company in Virginia, and bought a ticket to fly back to the US on July 1, 2012. Shane was killed late June 22nd, or 23rd, right after his last day of work. Shane’s death was so unusual that CBS 48 Hours did a show on it.

48 Hours: Did a son die protecting American secrets? A family’s quest for the truth