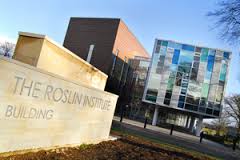 Professor John Clark, Age 52, died on August 12, 2004. He was  found hanged in his holiday home. He was an expert in animal science and biotechnology where he developed techniques for the genetic modification of livestock; this work paved the way for the birth, in 1996, of Dolly the sheep, the first animal to have been cloned from an adult. He was the head of the science lab which created Dolly the sheep. Professor Clark led the Roslin Institute in Midlothian, one of the world s leading animal biotechnology research centers. He played a crucial role in creating the transgenic sheep that earned the institute worldwide fame. He was put in charge of a project to produce human proteins (which could be used in the treatment of human diseases) in sheep’s milk. Clark and his team focused their study on the production of the alpha-I-antitryps in protein, which is used for treatment of cystic fibrosis. Professor Clark also founded three spin-out firms from Roslin – PPL Therapeutics, Rosgen and Roslin BioMed.