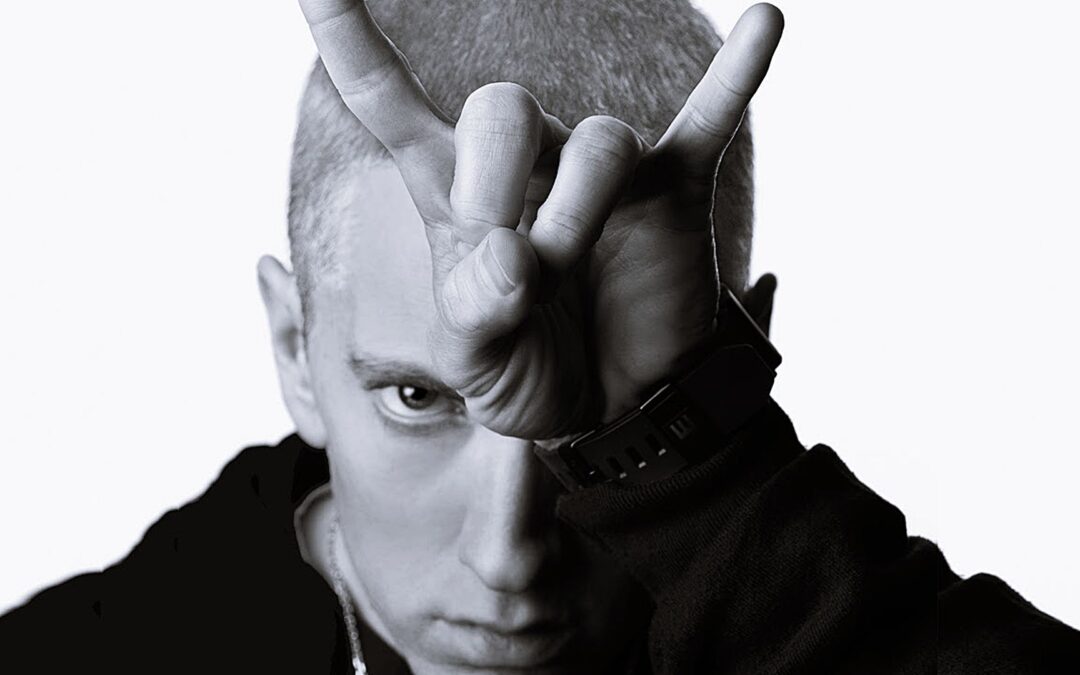 Eminem has hinted that his story-telling talents ended up being a curse in recent albums, such that he has been forced into becoming a slave and pawn of the music industry mega corporations.  Rapping now about a multitude of Satanistic and Illuminati related subjects we are left to wonder if he is Enlightened and sending us a message, perhaps telling us to stay away?  Showing the  Horns of Baphomet, and One-Eye Illuminati signature isn’t subtle, so perhaps instead now a fully converted practitioner of Satanism by choice.  keep in mind, Enlightenment can be used for positive or negative. Looking closely at Eminem’s lyrics, he was a troubled man with a talent exploited by the system he let create the rap legend that is Eminem.  Insiders have claimed that he has been threatened, bribed, and/or coerced into continuing participation with industry demands exploiting his talents with an esoteric agenda.  Close friend and confidant, Proof, may have been a ‘hit’ designed to force him back into the game, producing chart topping singles.  Rumor had it that he has wanted to retire & disappear for some time, to focus on being a father.

“Strap him with an Ak-47, let him go fight his own war; Let him impress daddy that way; No more blood for oil, we got our own battles to fight on our own soil; No more psychological warfare, to trick us to thinking that we ain’t loyal; If we don’t serve our own country, we’re patronizing a hero; Look in his eyes its all lies; The stars and stripes, they’ve been swiped, washed out and wiped; And replaced with his own face, Mosh now or die; If I get sniped tonight you know why, Cause I told you to fight!”