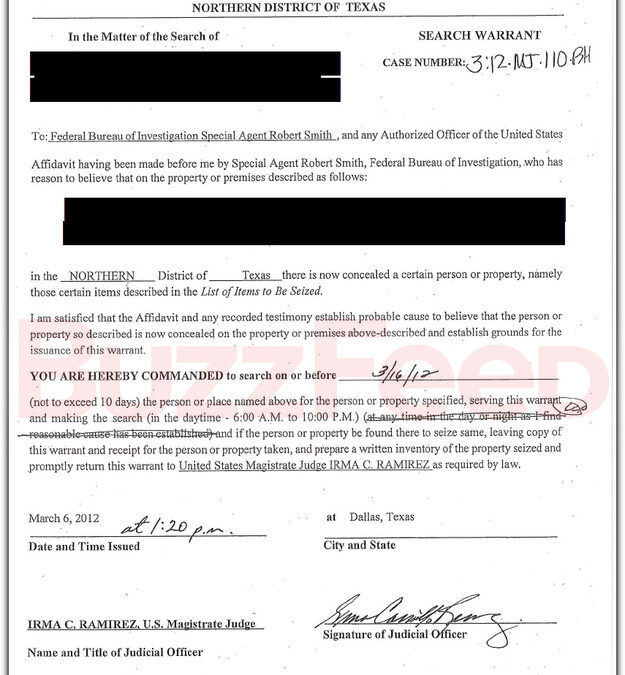 They’re after his Twitter records, chat logs, IRC conversations, his computer, and apparently everything else, according to the search warrant obtained by BuzzFeed.

Last month, the FBI raided the Dallas home of Barrett Brown, the journalist and unofficial spokesperson for the Internet hacktivist group Anonymous.

According to the search warrant, the agents were after any information from Brown involving a “conspiracy to access without authorization computers,” one of three serious charges listed in the document.

The warrant, exclusively obtained by BuzzFeed, suggests the government is primarily after information related to Anonymous and the hacking group Lulzec.

The authorities also appear to be interested in info on two private intelligence contracting firms, HBGary and EndGame Systems, two companies Brown has frequently clashed with and criticized on a website he founded called Echelon2.

Brown, a 30 year old journalist who has written for Vanity Fair and the Guardian, is perhaps the most high profile target thus far in the FBI’s investigation into a series of hacks that have shaken the corporate and defense establishment.

Brown, currently at work on a book about Anonymous, believes he’s being wrongly investigated. “I haven’t been charged with anything at this point, although there’s a sealed affidavit to which neither I nor my attorney have access,” he emailed BuzzFeed. “I suspect that the FBI is working off of incorrect information.”

His full statement can be read here.