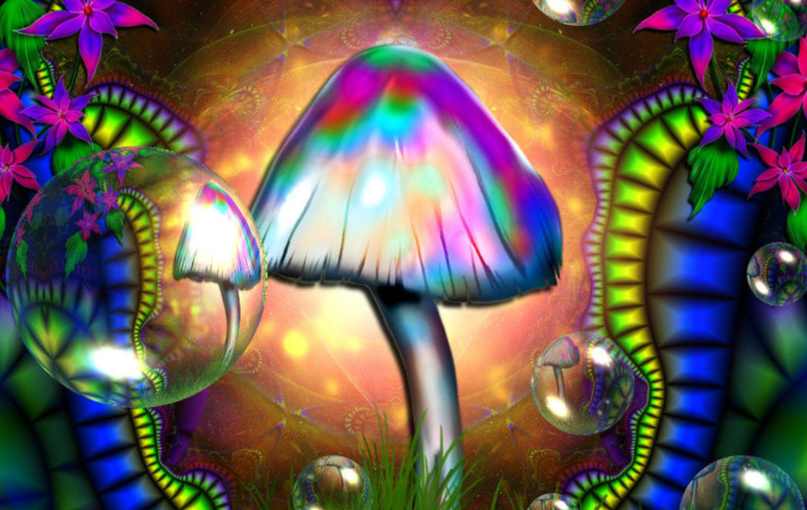 Scientists studying the effects of the psychedelic chemical in magic mushrooms have found the human brain displays a similar pattern of activity during dreams as it does during a mind-expanding drug trip.

Psychedelic drugs such as LSD and magic mushrooms can profoundly alter the way we experience the world, but little is known about what physically happens in the brain.

In a study published in the journal Human Brain Mapping, researchers examined the brain effects of psilocybin, the psychedelic ingredient in magic mushrooms, using data from brain scans of volunteers who had been injected with the drug.

“A good way to understand how the brain works is to perturb the system in a marked and novel way. Psychedelic drugs do precisely this and so are powerful tools for exploring what happens in the brain when consciousness is profoundly altered,” said Dr Enzo Tagliazucchi, who led the study at Germany’s Goethe University.

Magic mushrooms grow naturally around the world and have been widely used since ancient times for religious rites and also for recreation.

British researchers have been exploring the potential of psilocybin to alleviate severe forms of depression in people who don’t respond to other treatments, and obtained some positive results from early-stage experiments.

In the United States, scientists have seen positive results in trials using MDMA, a pure form of the party drug ecstasy, in treating post-traumatic stress disorder.

To explore the biological basis of these experiences, Tagliazucchi’s team analysed brain imaging data from 15 volunteers who were given psilocybin intravenously while they lay in a functional magnetic resonance imaging (fMRI) scanner.

The volunteers were scanned under the influence of psilocybin and when they had been injected with a placebo, or dummy drug. The researchers looked at fluctuations in what is called the blood-oxygen level dependent (BOLD) signal, which tracks activity levels in the brain.

They found that with psilocybin, activity in the more primitive brain network linked to emotional thinking became more pronounced, with several parts of the network – such as the hippocampus and anterior cingulate cortex – active at the same time. This pattern is similar to when people are dreaming.

They also found that volunteers on psilocybin had more disjointed and uncoordinated activity in the brain network that is linked to high-level thinking, including self-consciousness.

“People often describe taking psilocybin as producing a dreamlike state and our findings have, for the first time, provided a physical representation for the experience in the brain,” said Robin Carhart-Harris of Imperial College London’s department of medicine, who also worked on the study.