How to Tell: Young Soul from an Old Soul 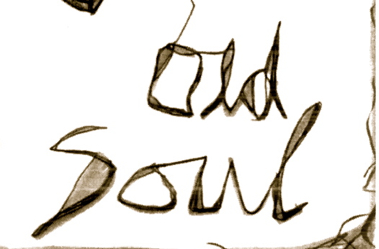 How to Tell a Young Soul from an Old Soul
by Jose Stevens, Ph.D.
(Who is a long time observer and reader of the Edgar Cayce Readings.)

“The following is a brief description of the characteristics of five basic soul levels. Each level has many lifetimes of lessons to teach us wisdom through trial and error.”

THE INFANT SOUL
INFANT SOULS choose lessons of physical survival. They live in simple situations that include intense experiences – famine, plagues, floods, wars, oppression, etc. They don’t know the difference between right and wrong, though they can be taught to be decent human beings. They don’t usually seek higher education and often don’t seek employment, as such. Infant souls don’t question authority and willingly adopt the religion of their parents as is.

THE BABY SOUL
BABY SOULS display less fear than infant souls and are more sophisticated. But they tend to over apply rules. Black is black as far as they’re concerned. Their strong early beliefs remain fixed in their minds, regardless of lack of their wisdom or tolerance. Baby souls love to become big fish in their little puddles…but hate being opposed. Because of this they may spend much time in litigation. Baby souls don’t spend time navel-gazing into their own lives. They’re often “good students” that learn “proper subjects,” and are attracted to fundamentalist religions.

THE YOUNG SOUL
YOUNG SOULS are the “Donald Trumps” of the world…the movers and shakers. They usually set the bar too high for themselves. Achievement is paramount. They chase after what they believe will bring success without ever stopping to think why – because they’re so limited in their perception. They fear death and must have all the toys, experiences, fame and money they can possibly accumulate before they die. They are designers of civilization. Young souls usually seek higher education and graduate-level degrees. Their views of orthodoxy are at one end of the spectrum or the other. Monks and nuns are at one end and a belief in total sexual freedom, the other. They have difficulty with insight into other people’s behaviour.

THE MATURE SOUL
MATURE SOULS challenge the young soul’s desire to “have it all.” It is a hard cycle that demands seeking answers to life’s tough questions. They are attracted to gentler faiths, such as Quaker, Unitarian, or Buddhist. Mature souls are not as open to the occult as old souls. They look for and question the motivation for all of life’s actions. They often continue with inappropriate relationships – perhaps believing that through self-sacrifice, or tough lessons they will ultimately prevail. Often they can’t shake their sense of duty. Mature souls suffer from stress related illness that sometimes results in schizophrenia, psychosis and a higher suicide rate than other souls. [Cayce emphasized the role that ‘stress’ plays in not only physical illnesses but also mental illnesses; he believed it was ‘stress’ that wrecked havoc on the brain chemistry/balance] . But they’re smart enough to seek professional help without urging. Mature souls often make huge contributions to knowledge – particularly philosophical and scientific. But altogether they don’t necessarily have the drive for fame, many still achieve it. They’re emotionally high maintenance.

THE OLD SOUL
OLD SOULS live and let live. They seek the route of least resistance.. .they’re individualistic and usually easy going. They have an inner knowing of the waste of time in pursuing fame and fortune and therefore create the appearance of being “laid back.” Old souls are highly competent – even in roles they don’t particularly like. They tend to choose work that is pleasant and undemanding, leaving them free to pursue their desired goals easily…unless the job adds to the spiritual search. They may or may not seek higher education… but definitely will seek it if they sense it’s needed for their chosen path. Old souls create confidence in animals. And their choice of medical care tends to be alternative and holistic. Old souls are here to teach others their spiritual understandings. Their philosophies and writings are simple and easy to read. Old souls religion is far reaching and has no label. A grove of trees is a sacred place to them. They seldom cling to dogma and prefer personal spiritual practices. However, old souls are wise enough to be discreet in their religious practices and know how to pass in public undetected. They focus on searching for the spiritual truth and have a finer sense of knowing what is true than any other souls level. Old souls all over the world share the experience of emptiness and a longing for that feeling of home.

You may start noticing these characteristics in people around you – and perhaps better understand why they think and act the way they do.