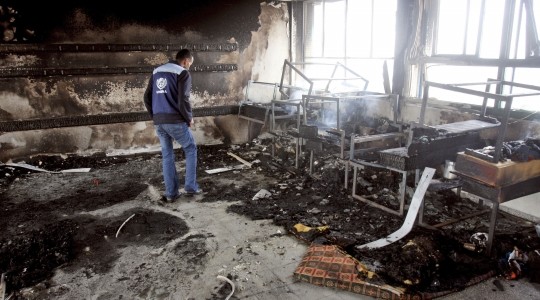 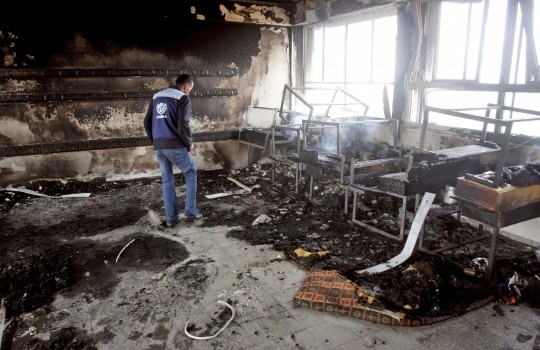 Isreal is Getting Away with Murder  On January 28th a barrage of Israeli artillery fire struck near the South Lebanese village of Ghajar, killing United Nations peacekeeper Francisco Javier Soria. Soria, 36, was a Spanish citizen deployed with the United Nations Interim Force in Lebanon, a peacekeeping mission tasked with maintaining the ceasefire between Israel and Lebanon in the occupied Golan Heights.

His death came in the midst of a recent flare-up of violence between Israel and Hezbollah, and Spain’s ambassador to the United Nations placed blame for the incident upon the Israeli Defence Forces, citing an “escalation of violence [which] came from the Israeli side.” The exact circumstances which led to Soria’s death are still under investigation; Israeli officials expressed condolences for  his death and said their forces were responding to fire in the area.

What is clear however is that Israeli forces have been killing an alarming number of United Nations personnel in the course of their recent military operations — and that UN officials have vociferously criticized the attacks, sometimes saying they appeared deliberate.

This past summer in the Gaza Strip, Israel forces attacked seven different schools run by the United Nations Relief and Works Agency, schools that had been serving as temporary shelters for the displaced population of the territory. Despite repeated warnings, condemnations and entreaties, United Nations targets were hit again and again by Israeli airstrikes and shelling during the conflict.

As many of 46 civilians are believed to have been killed in these attacks, as well as eleven UNRWA staff members. One particularly lethal strike on a UN-administered elementary school in Beit Hanoun killed 15 civilians and wounded 200 others. That attack reportedly sent shrapnel flying into crowds of families who had been awaiting transportation in the school’s playground.

In the wake of these and other bombings, UNRWA chief Chris Gunness broke down in tears during a live television interview while decrying the “[wholesale] denial” of Palestinian rights by Israeli forces during the operation.

Instead of offering contrition for these deadly incidents, Israeli officials continued to justify them with unsubstantiated, and vigorously denied allegations that UNRWA schools were near sources of rocket fire and were thus simply caught in the crossfire. An investigation by Human Rights Watch looking at several of Israel’s attacks on these schools said that they, “did not appear to target a military objective or were otherwise unlawfully indiscriminate.”

Indeed, the idea that Israel’s repeated bombing of these schools may have simply been “mistakes” is difficult to countenance.

In one shelling incident which targeted a school in Rafah, United Nations personnel notified the IDF on 33 separate occasions that the facility was being used as a shelter for civilians. United Nations Secretary General Ban Ki-Moon publicly denounced the attack as a “moral outrage and a criminal act”, adding that “nothing is more shameful than attacking sleeping children”.

Even the United States, normally Israel’s most uncritical defender on the world stage, was moved to state that it was was “appalled” by what it described as a “disgraceful” attack on the school.

As egregious as these incidents were however, they are far from the first time in recent years in which Israel has targeted United Nations operations for shelling and airstrikes.

During the 2008-2009 Gaza War, Israeli forces targeted not only UNRWA schools (one of them pictured above) but even the compound housing the headquarters of the agency in the Gaza Strip. That attack, which involved the use of illegal white phosphorus munitions, destroyed tons of vital food aid and medical supplies which the large refugee population of the territory relied upon for basic sustenance.

Isreal is Getting Away with Murder At the time, Israeli officials claimed that they had been responding to rocket fire which had emanated from the compound, a claim which UN officials described as “total nonsense”.

In another notorious incident from Israel’s 2006 war with Lebanon, Israeli aircraft and artillery bombed a single United Nations outpost for upwards of six hours, despite receiving repeated pleas during this time from UN officials to cease fire. Four peacekeepers were killed in what then UN Secretary General Kofi Annan described as an “apparently deliberate” act.

Israel has long had a contentious relationship with United Nations agencies operating in the Middle East. Israeli officials have in past accused UN personnel of offering shelter to militants (a charge the organization strenuously denies), and has also more broadly suggested that the organization is responsible for prolonging the Israel-Palestine conflict due to its provision of refugee status and services to displaced Palestinians and their descendants.

In the wake of the most recent Gaza conflict, some Israeli political figures even called for UNRWA to formally be recognized as a “hostile organization”, an outrageous suggestion which nevertheless provides some insight into the hostility with which the UN is often viewed today in official circles.

Israel’s repeated bombing and shelling of United Nations positions in the region comes against this backdrop, with Soria’s death being only the latest incident in which Israeli forces have been responsible for killing UN personnel. To date, no one has been held legally responsible for any of these attacks.

By way of contrast, imagine the response if Hamas or Hezbollah had repeatedly and unrepentantly killed United Nations officials in the course of their conflict with Israel. Imagine if United Nations schools housing thousands of displaced civilians been struck time and again by militant groups, who in the wake of the bloodshed either denied responsibility outright or sought to justify their actions.

Furthermore, imagine if these attacks inflicted widespread civilian casualties and came despite repeated pleas and entreaties from UN officials to cease fire.

The outcry would rightly be deafening, yet this is exactly what Israel has done again and again in its conflicts in Lebanon and the Gaza Strip without consequence. As a result of this burgeoning culture of impunity, partly enabled by the unprecedented diplomatic protection offered to Israeli officials by the United States, UN personnel and facilities have increasingly been subject to deadly violence from the Israeli military.

As Pierre Krähenbühl, commissioner-general of UNRWA, stated in the aftermath of a deadly bombing against a UN-administered school in Gaza this past summer, “this [attack] is an affront to all of us, a source of universal shame. Today, the world stands disgraced.”