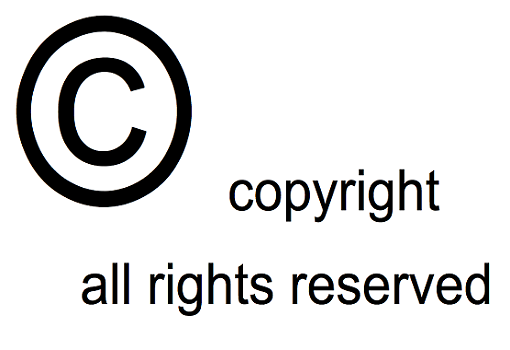 On numerous occasions here at the TLF over the past eight years, I’ve noted the profound influence that the late Ithiel de Sola Pool had on my thinking about the interaction of technology, information, and public policy. In fact, when I needed to pick a thematic title for my weekly Forbes column, it only took me a second to think of the perfect one: “Technologies of Freedom.” I borrowed that from the title of Pool’s 1983 masterpiece, Technologies of Freedom: On Free Speech in an Electronic Age. As I noted in my short Amazon.com review, Pool’s technological tour de force is simply breathtaking in its polemical power and predictive capabilities. Reading this book three decades after it was published, one comes to believe that Pool must have possessed a crystal ball or had a Nostradamus-like ability to foresee the future.

I felt that same was this week when I was re-reading some chapters from his posthumous book, Technologies without Boundaries: On Telecommunications in a Global Age–a collection of his remaining essays nicely edited and tied together by Eli Noam after Pool’s death in 1984. Re-reading it again reminded me of Pool’s remarkable predictive powers. In particular, the closing chapter on “Technology and Culture” includes some of Pool’s thoughts on the future of copyright. As you read through that passage below, please try to remember he wrote these words back in the early 1980s, long before most people had even heard of the Internet and when home personal computing was only just beginning to take off. Yet, from what he already knew about networked computers and digital methods of transmitting information, Pool was able to paint a prescient portrait of the future copyright wars that we now find ourselves in the midst of. Here’s what he had to say almost 30 years ago about how things would play out:

Can a computer infringe copyright? The printed output of recorded copyright material is likely to be a statutory violation of the Copyright Act which vests the exclusive right “to print, reporting, publish, copy and vend the…work.”

In short, the process of computer communication entails processing of texts that are partly controlled by people and partly automatic. They are happening all through the system. Some of the text is never visible but is only stored electronically; some is flashed briefly on a terminal display; some is printed out in hard copy. What started as one text varies and changes by degrees to other things. The receivers may be individuals and clearly identified, or they may be passers­by with access but whose access is never recorded; the passer­by may only look, as a reader browsing through a book, or he may make an automatic copy; sometimes the program will record that, sometimes it will not.

To try to apply the concept of copyright to all these stages and actors would require a most elaborate set of regulations. It has none of the simplicity of checking what copies rolled off a printing press. Good intentions about what one would like can be defined. One would like to compensate an author if a computer terminal is used as a printing press to run off numerous copies of a valuable text. One would like not to impose any control as someone works at a terminal in the role of a reader and checks back and forth through various files. The boundary, however, is impossible to draw. In the new technology of interactive computing, the reader, the writer, the bookseller, and the printer have become one. In the old technology of printing one could have a right to free press for the reader and the writer but try to enforce copyright on the printer and the bookseller. That distinction will no longer work, any more than it would ever have worked in the past on conversation.

Those whose livelihood is at stake in copyright do not like that kind of comment. They contend that creative work must be compensated. Indeed it must. Publishers may point the finger in accusation and charge that one is taking bread out of the mouths of struggling writers. But the system must be practical to work. On highly charged subjects there is an impulse to insist that those who make a negative comment must have a panacea to offer instead. If one says prisons do not cure criminals, the rejoinder is apt to be, “Do you want to let them out to kill people?” One does not necessarily want that at all, but it may still be true the prisons do not cure criminals. Likewise, one can say that in an era of infinitely varied, automated text manipulation there is no reasonable way to count copies and charge royalties on them.

That is the situation now emerging. It may be very unfair to authors. It may have a profoundly negative effect on some aspects of culture, and in any case, whether positive or negative, it may change things considerably. If it becomes more difficult for authors and artists to be paid by a royalty scheme, more of them will seek salaried bases from which to work. Some may try to get paid by personal appearances or other auxiliaries to fame. Or the highly illustrated, well-bound book may acquire a special marketing significance if the mere words of the text are hard to protect. Or one may try to sell subscriptions to a continuing service, with the customer knowing that he will be a first recipient.

These are the kinds of considerations one must think about in speculating about the consequences for culture of a world where the royalty-carrying unit copy is no longer easy to protect in many of the domains where it has been dominant. While Congress tries to hold the fort, it is clear that with photocopiers and computers, copyright is an anachronism. Like many other unenforceable laws that we keep on the statute books from the past, this one may be with us for some time to come, but with less and less effect. (pp. 257-59)

Indeed, as I wrote in one of my recent Forbes column’s (The Twilight of Copyright?”), it appears that–whether some of us like it or not–”copyright is dying… [as it] is being undermined by the unrelenting realities of the information age: digitization, instantaneous copying, borderless transactions, user-generated content, and so on.” Of course, I’m basing that assertion on the facts on the ground around me circa 2012. By contrast, Ithiel de Sola Pool already had it figured out 30 years ago. Absolutely remarkable.