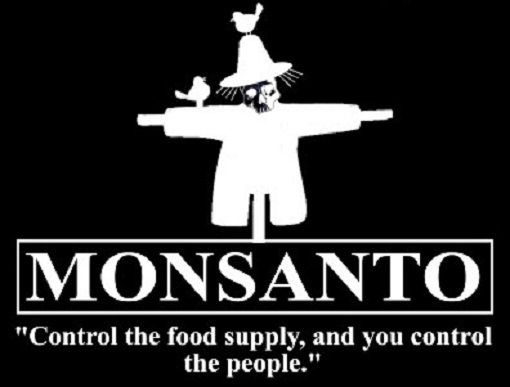 On February 24, Judge Naomi Buchwald handed down her ruling on a motion to dismiss in the case of Organic Seed Growers and Trade Assn et al v. Monsanto after hearing oral argument on January 31st in Federal District Court in Manhattan. Her ruling to dismiss the case brought against Monsanto on behalf of organic farmers, seed growers and agricultural organizations representing farmers and citizens was met with great disappointment by the plaintiffs.

Plaintiff lead attorney Daniel Ravicher said, “While I have great respect for Judge Buchwald, her decision to deny farmers the right to seek legal protection from one of the world’s foremost patent bullies is gravely disappointing. Her belief that farmers are acting unreasonable when they stop growing certain crops to avoid being sued by Monsanto for patent infringement should their crops become contaminated maligns the intelligence and integrity of those farmers. Her failure to address the purpose of the Declaratory Judgment Act and her characterization of binding Supreme Court precedent that supports the farmers’ standing as ‘wholly inapposite’ constitute legal error.  In sum, her opinion is flawed on both the facts and the law. Thankfully, the plaintiffs have the right to appeal to the Court of Appeals, which will review the matter without deference to her findings.”

Monsanto’s history of aggressive investigations and lawsuits brought against farmers in America have been a source of concern for organic and non-GMO farmers since Monsanto’s first lawsuit brought against a farmer in the mid-90′s. Since then, 144 farmers have had lawsuits brought against them by Monsanto for alleged violations of  their patented seed technology.  Monsanto has brought charges against more than 700 additional farmers who have settled out-of-court rather than face Monsanto’s belligerent litigious actions. Many of these farmers claim to not have had the intention to grow or save seeds that contain Monsanto’s patented genes. Seed drift and pollen drift from genetically engineered crops often contaminate neighboring fields. If Monsanto’s seed technology is found on a farmer’s land without contract they can be found liable for patent infringement.

“Family farmers need the protection of the court,” said Maine organic seed farmer Jim Gerritsen, President of lead plaintiff OSGATA.  ”We reject as naïve and undefendable the judge’s assertion that Monsanto’s vague public relations ‘commitment’ should be ‘a source of comfort’ to plaintiffs. The truth is we are under threat and we do not believe Monsanto. The truth is that American farmers and the American people do not believe Monsanto. Family farmers deserve our day in court and this flawed ruling will not deter us from continuing to seek justice.”

The plaintiffs brought this suit against Monsanto to seek judicial protection from such lawsuits and challenge the validity of Monsanto’s patents on seeds.

“As a citizen and property owner, I find the Order by the Federal Court to be obsequious to Monsanto,” said plaintiff organic farmer Bryce Stephens of Kansas.  ”The careless, inattentive, thoughtless and negligent advertisement Monsanto has published on their website to not exercise its patent rights for inadvertent trace contamination belies the fact that their policy is in reality a presumptuous admission of contamination by their vaunted product on my property, plants, seeds and animals.”

“Seeds are the memory of life,” said Isaura Anduluz of plaintiff Cuatro Puertas and the Arid Crop Seed Cache in New Mexico.  ”If planted and saved annually, cross pollination ensures the seeds continue to adapt. In the Southwest, selection over many, many generations has resulted in native drought tolerant corn.  Now that a patented drought tolerant corn has been released how do we protect our seeds from contamination and our right to farm?”

A copy of Judge Buchwalds ruling is located here.