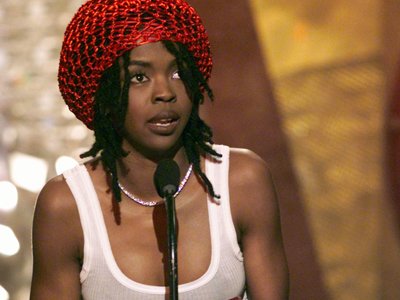 It’s long been speculated that Lauryn Hill disappeared from music because of her fear of the “media protected military industrial complex”,.

Grammy award-winning singer Lauren Hill has been ordered by a judge to “undergo counseling because of her conspiracy theories.” What was her conspiracy theory? That the music industry oppresses people with actual talent in favor of pumping out mindless nonsense.

Hill was sentenced to 3 months in jail followed by three months’ home confinement after failing to pay a tax bill because she had withdrawn from society following threats to her family.

In June last year, Hill posted a diatribe to her Tumblr account complaining of how themusic industry is “manipulated and controlled by a media protected military industrial complex.”

Even other recording artists have made it clear that anyone who doesn’t conform to the strict demands of the music industry or even, as Nicole Scherzinger recently remarked, sell their soul to satan, tends to find success hard to maintain in an industry that punishes individuals who dare to speak their mind.

In numerous performances and speeches over the last few years, Hill has attempted to warn young people about how “pop culture cannibalism” and the deliberate reductionism of art and music is damaging a whole generation and turning them into passive, unthinking consumers – destroying inspiration and true creativity in the name of profit.

The Judge’s order that Hill undergo what amounts to brainwashing and re-education simply for publicly proclaiming the fact that the music industry is designed to strangle true talent while promoting amoral, vacuous, mindless, turgid drivel, is part of theincreasing trend towards labeling common sense as a mental illness if it goes against the establishment grain in any way.